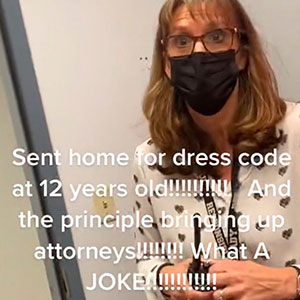 Recently, school dress code controversies have been pitting people against each other, questioning whether the rules are discriminating against girls.

In one of the latest stories, Khalesei Holt, a mother of a 12-year-old, recorded a TikTok of herself arguing with a Washington middle school principal over her daughter’s clothes. The conflict immediately reignited online discussions over the role the education system should play in regulating students’ appearance.

The video has garnered 9.3 million views since going up just before the weekend. It captures the conversation that the mother of three girls (according to her TikTok bio) has had with the principal of Ford Middle School in Tacoma, and the on-screen caption declares that the girl was sent home for a dress code violation “at 12 years old.” 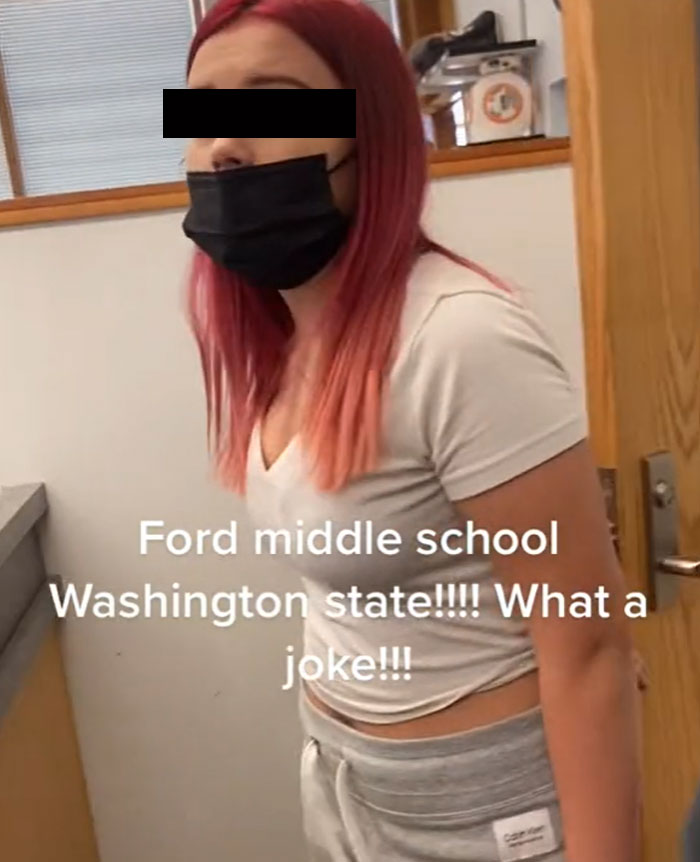 But her mom refused to accept it

At the beginning of the video starts the TikToker can be heard saying, “So I am done with it” and asserting that she is recording for her own protection. However, the principal says that the mother doesn’t have her permission to film and mentions attorneys.

The 12-year-old, wearing a T-shirt and what appeared to be yoga pants, briefly enters the screen as the TikToker is saying, “But she’s still going to go to class.” At this point, it is still unclear if the outfit the student is wearing in the video is the one that got her in trouble in the first place.

“Not right now,” the principal replies.

“So you’re taking her education away over her dress code?” the TikToker says but doesn’t receive another response as the principal leaves the room.

“So, the principal’s walking away at Ford Middle School yet again over the dress code,” the mother adds.

She went to the principal 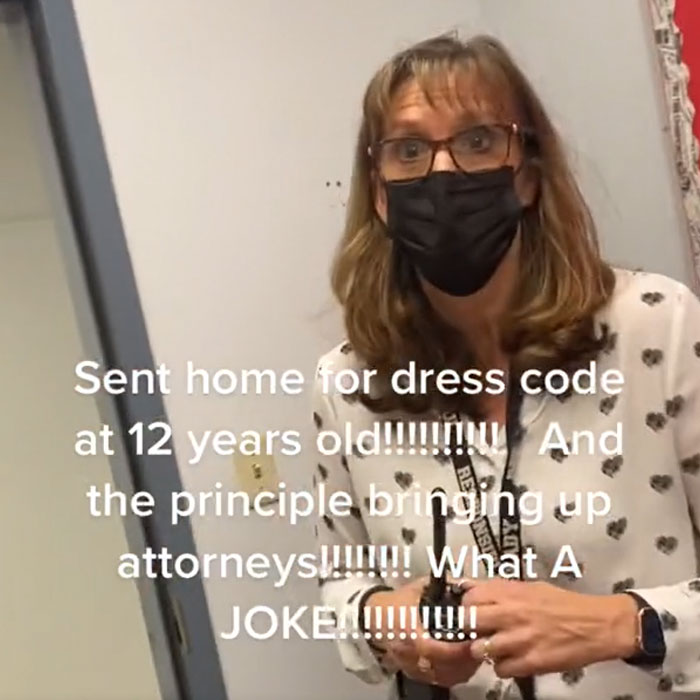 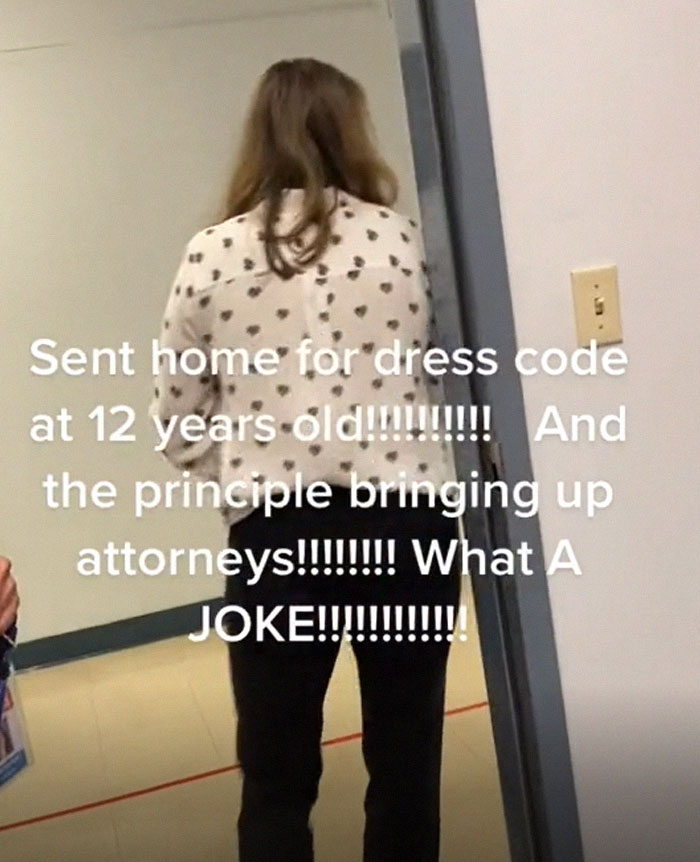 But the lady wouldn’t listen 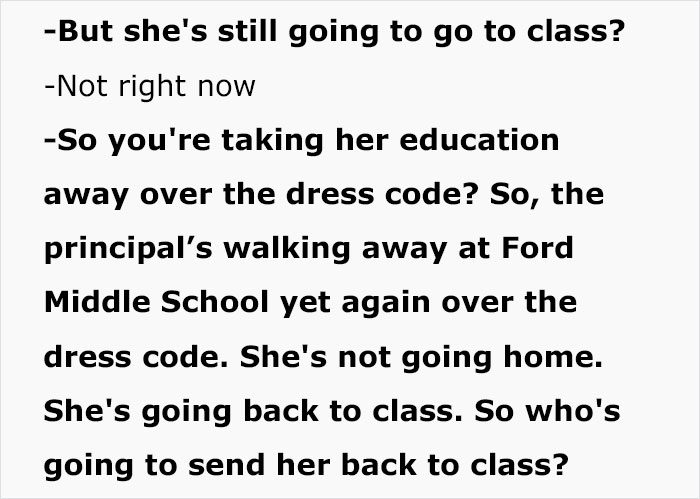 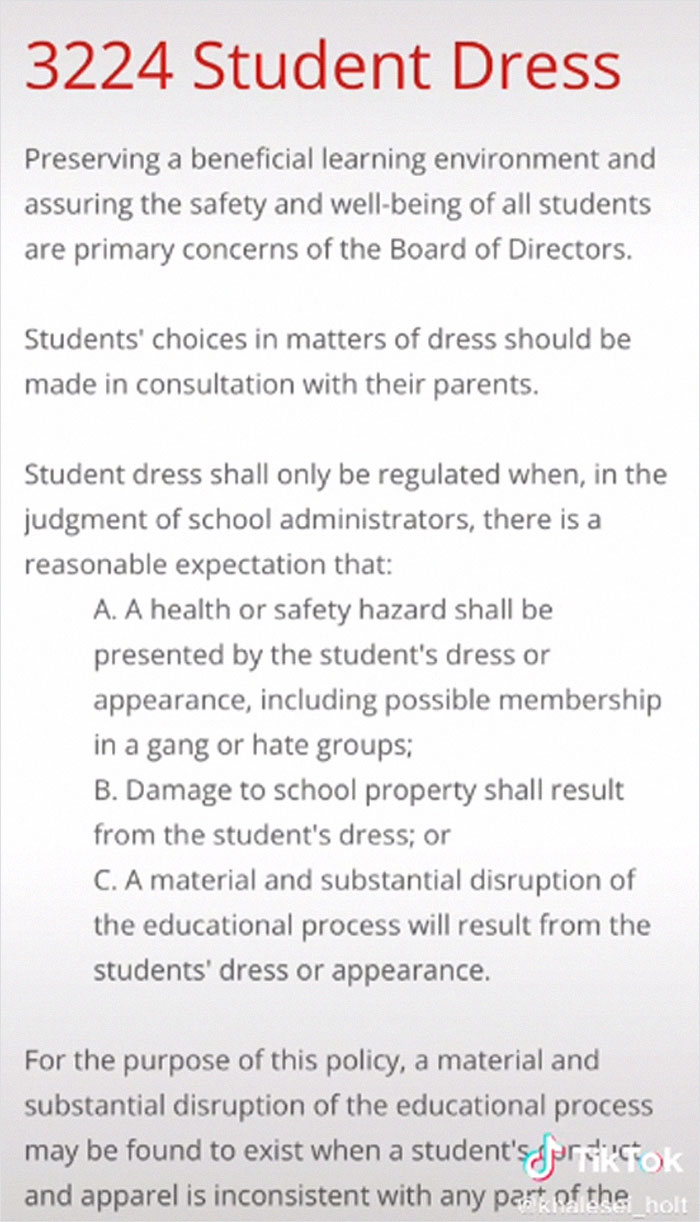 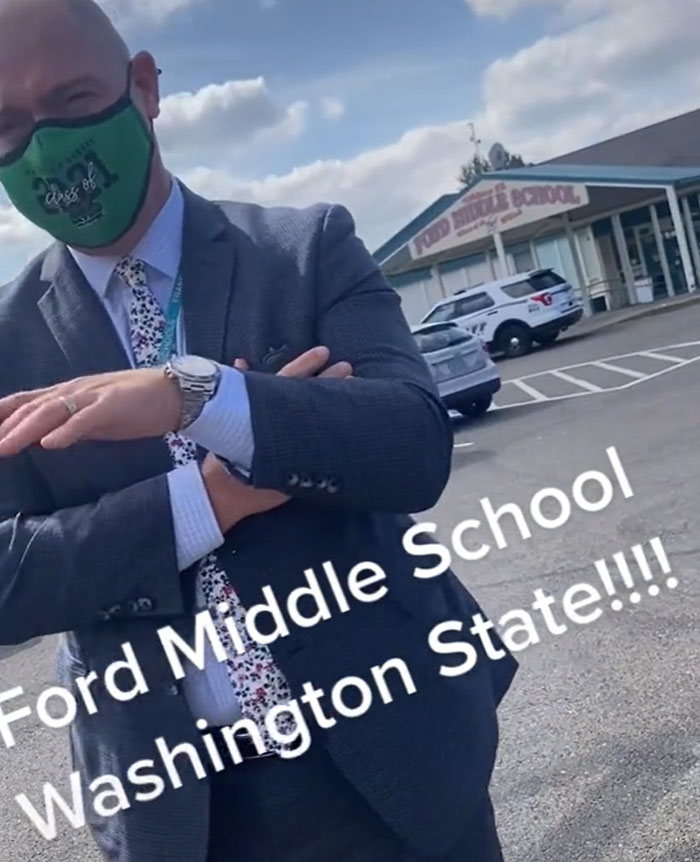 Some people think the mom overreacted

But she said she even brought her daughter another shirt

And has many supporters, too

The post “So You’re Taking Her Education Away Over Her Dress Code?”: Mother Sticks Up For Her Daughter, Sparks A Debate On TikTok first appeared on Bored Panda.