Skip to content
Debates on Texas anti-abortion law are taking an even further toll. Washington Post released a piece written by actress Uma Thurman where she shared her story of having to undergo an abortion in her late teens. The post Uma Thurman Shares A Powerful Story About Her Abortion In Protest Of Texas... 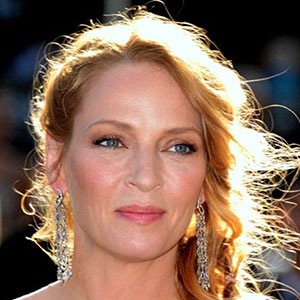 Debates on abortions and talks about the implemented Texas anti-abortion law is taking an even further toll. On September 21st, the Washington Post released a piece written by actress Uma Thurman where she shared her story of having to undergo an abortion in her late teens. She revealed the situation that took place years ago, and in this way, expressing her support for women who had to go through the same difficulties. Her example showed that women who choose to have an abortion know that they have to make a hard and difficult decision that has an impact on their life. Now, the actress is sure that she did the right thing having in mind she became a successful person and a mother to three children she’s very proud of. 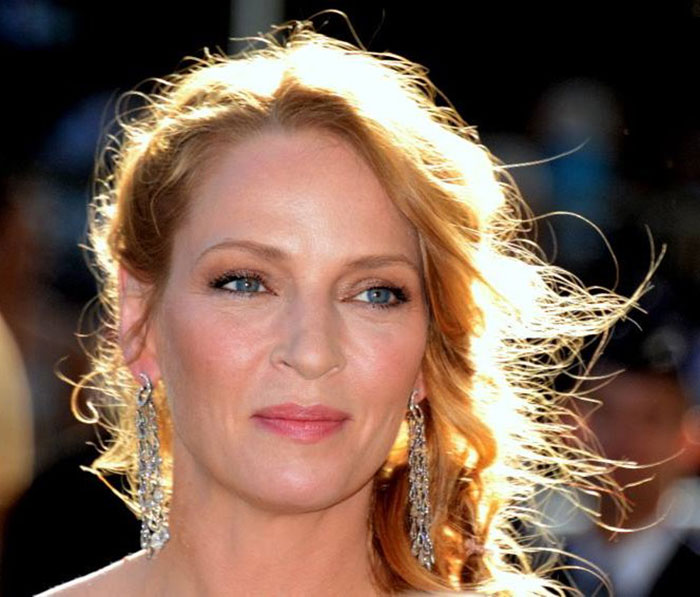 The woman started her piece by telling that she’s been following the news on Texas’ anti-abortion law and seeing what’s happening, so she decided to share her experience. She also admitted at first, people might not care what an actress has to tell about this situation, but what she has to say is not related to her career achievements. It’s a very personal approach with the intention to help those who are in a vulnerable position at this moment. 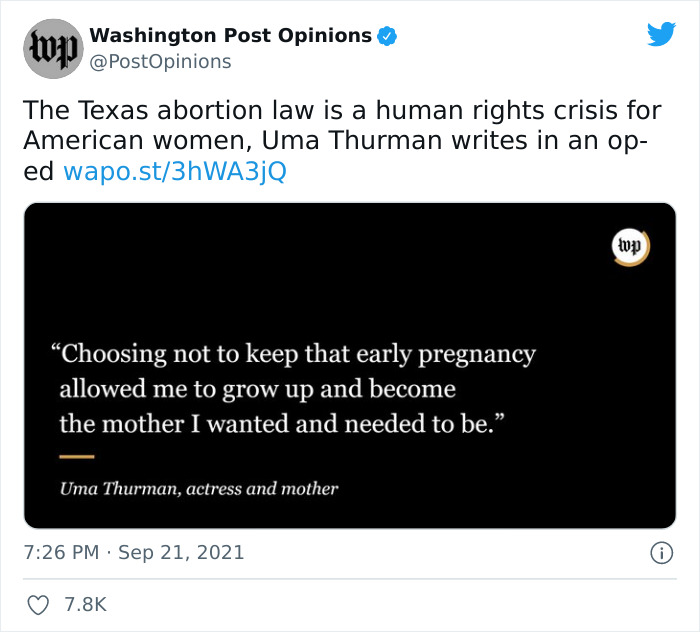 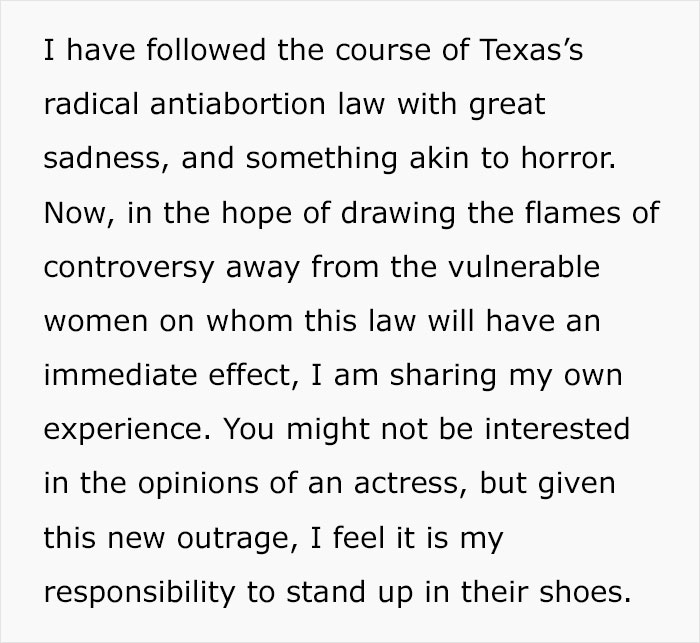 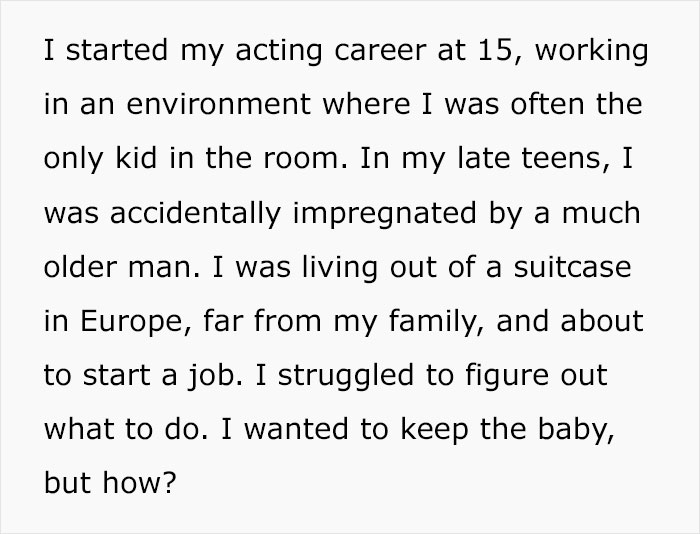 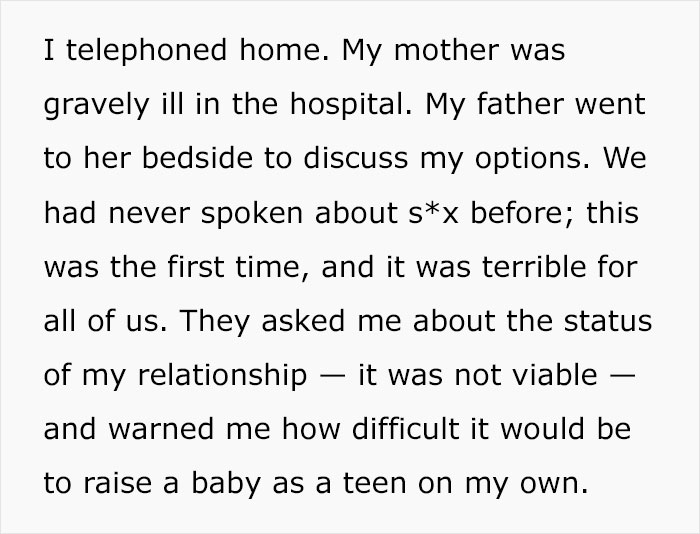 Thurman started her acting career at the age of 15. She not only threw herself into an industry where she often was surrounded by older people, but for this, she also left her hometown and went to Europe. She pictured the start of her career as being full of struggles and unstable, but most people are known to go through a rocky start at the beginning of their careers. Thurman then revealed that at that time, she got pregnant by an older man and was thinking hard about the options that she had. 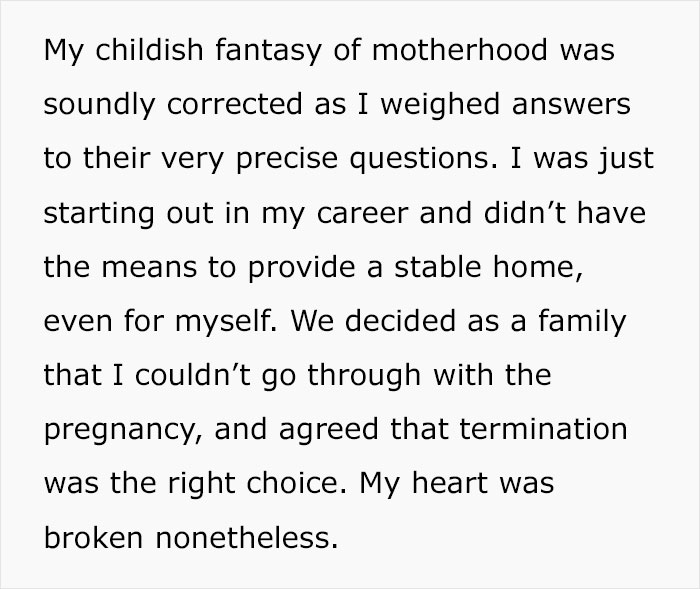 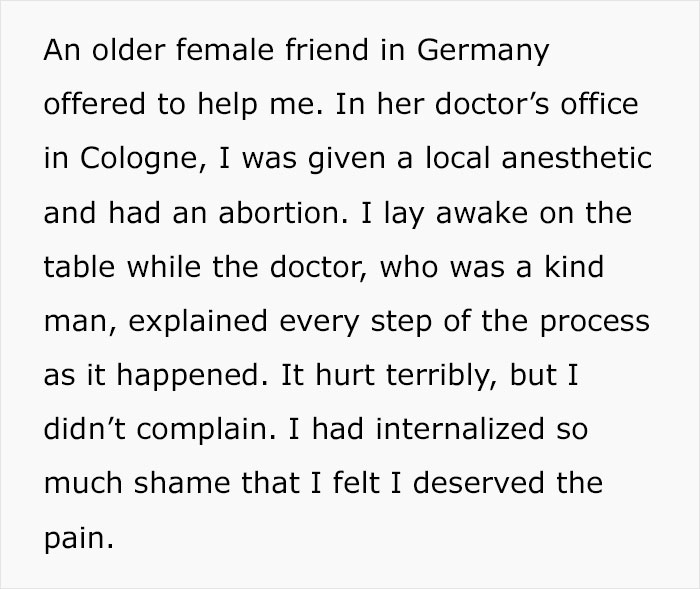 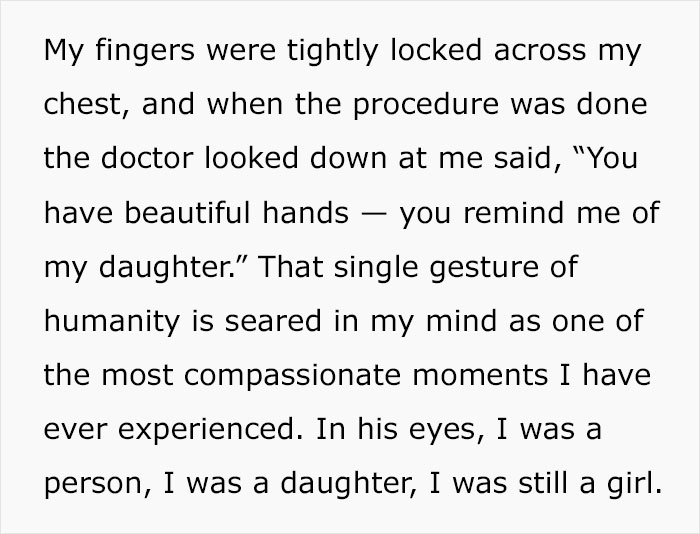 Young Thurman contacted her parents who at that time were struggling with other problems: her mom was very ill and in the hospital and in these circumstances, the actress had the talk with her parents about what happened and what she should do now. The woman remembers thinking about the possibility to keep the baby, but her parents stressed the multiple struggles she would have to go through as the relationship with the man whose baby it was wasn’t serious and she had a hard time finding stability in her life. 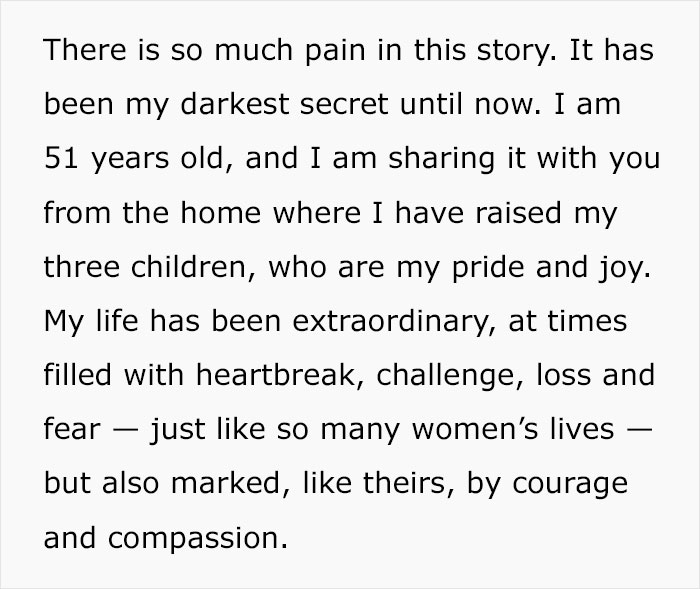 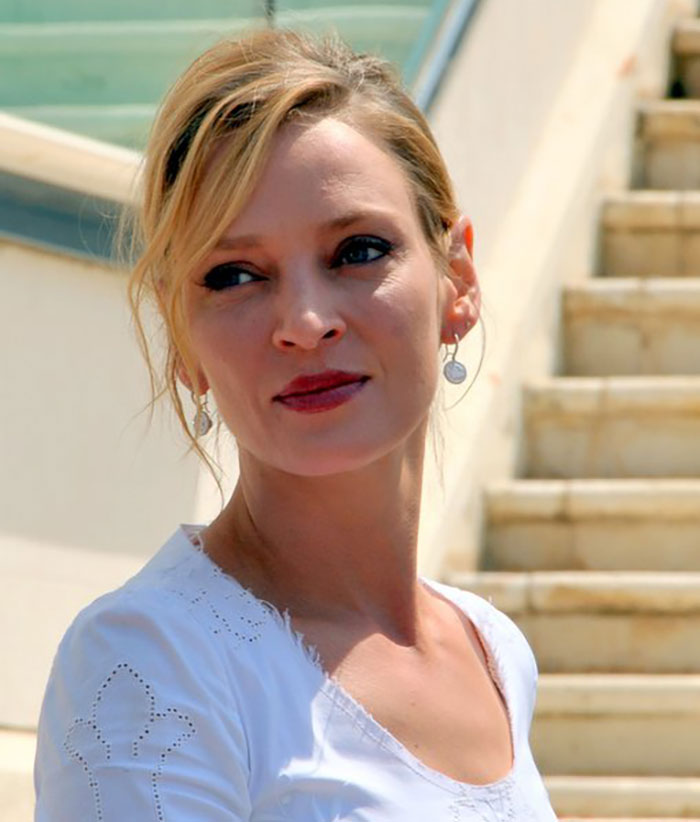 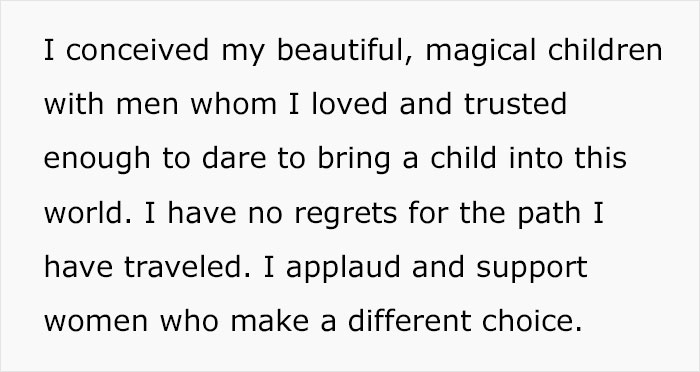 Once the idea of having an abortion was set, Thurman also shared her experience of going to the doctor for the procedure. She felt heartbroken and had to go through terrible pain, but was ready to go through all of this because of all the shame she felt. The woman continued with her story in which she also mentioned a doctor who was understanding towards her making her feel better: “ In his eyes, I was a person, I was a daughter, I was still a girl.” 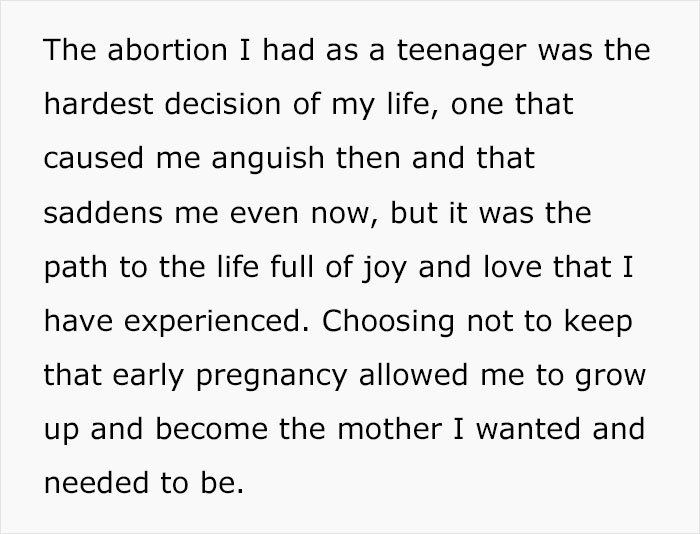 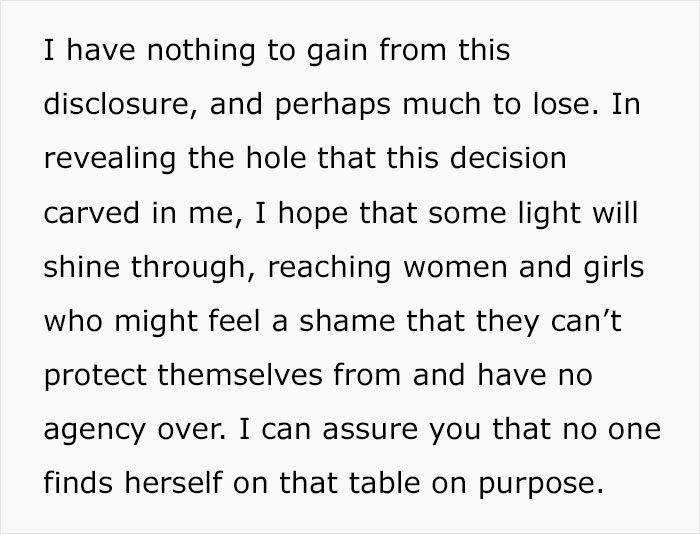 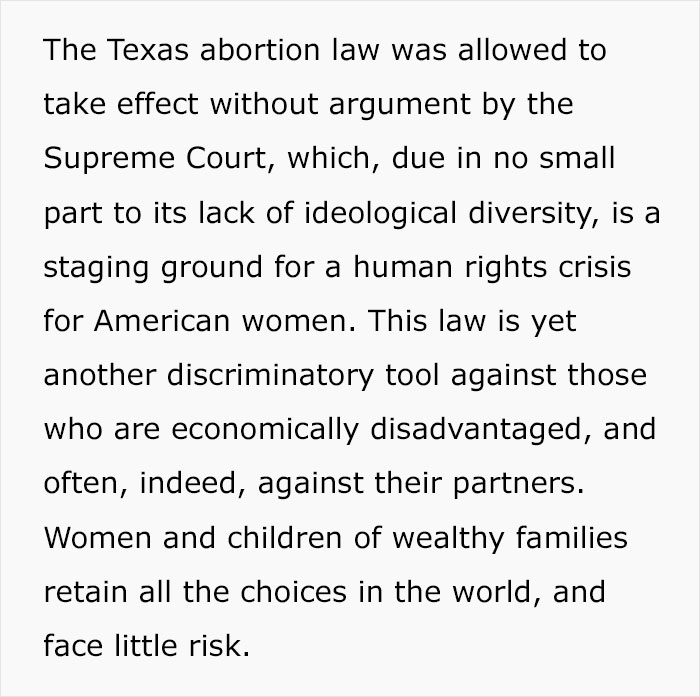 Today, when the actress reflects on this situation and everything that happened in the past, she is glad that she made this decision. Today, she is a well-known actress, producer, writer, model, and mother of three kids. In her message, she supports and encourages women to support their right to their bodies and the family they choose to have. 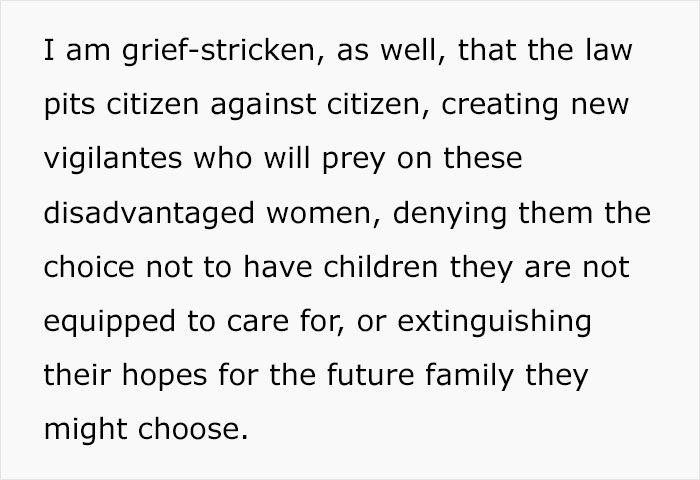 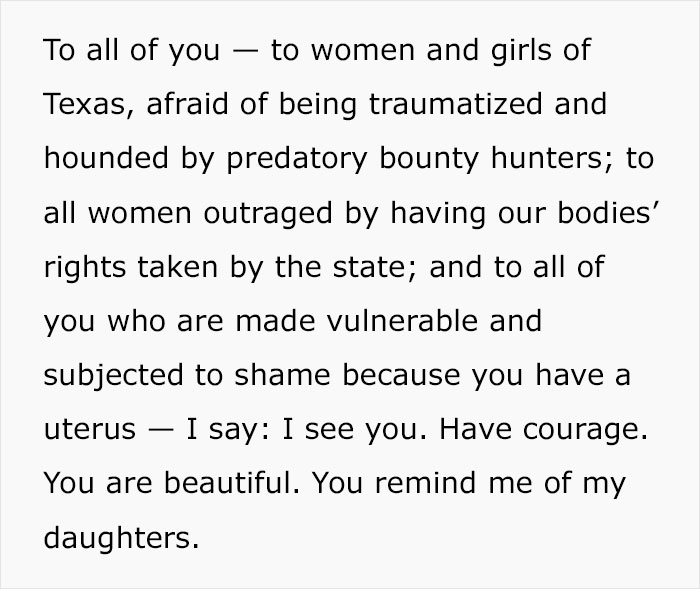 According to Guttmacher Institute, the number of abortions declined with time, but the reason for this is not because of the laws imposed by a state. This might have happened due to closed abortion clinics, making women go through “self-managed abortion”. A lot has to do with sexual education, views, and stereotypes about abortion, the use of contraceptive products, and infertility. 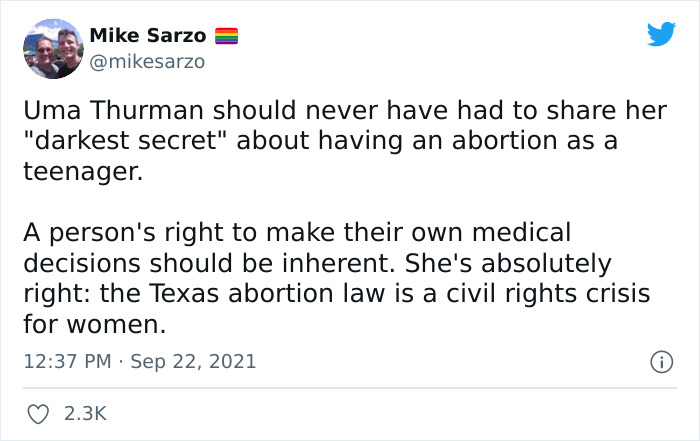 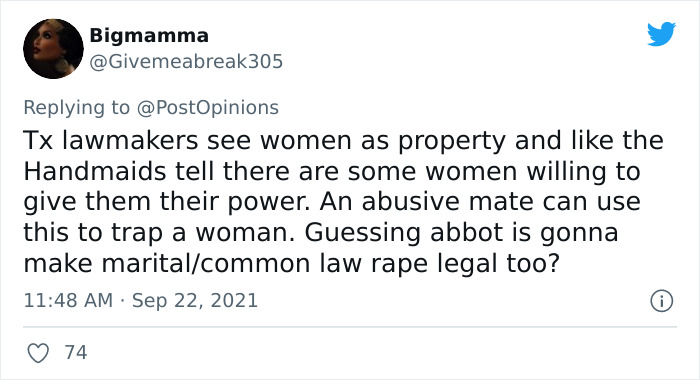 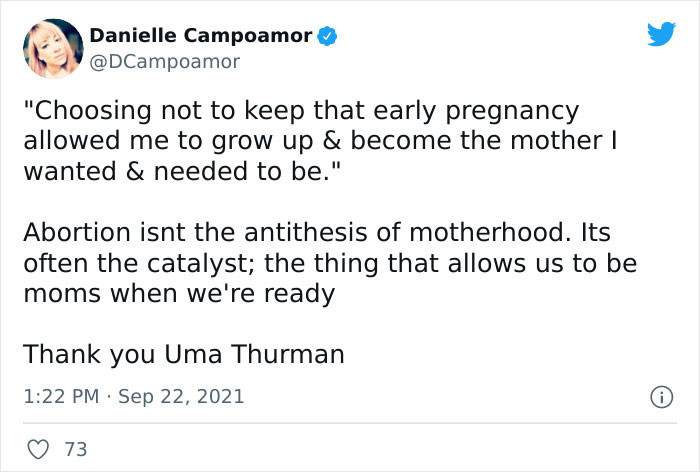 The post Uma Thurman Shares A Powerful Story About Her Abortion In Protest Of Texas Law first appeared on Bored Panda.