Skip to content
There is no evidence of widespread vote-rigging in the recall election. The Trump camp sent out the email blast less than an hour after polls closed. ... 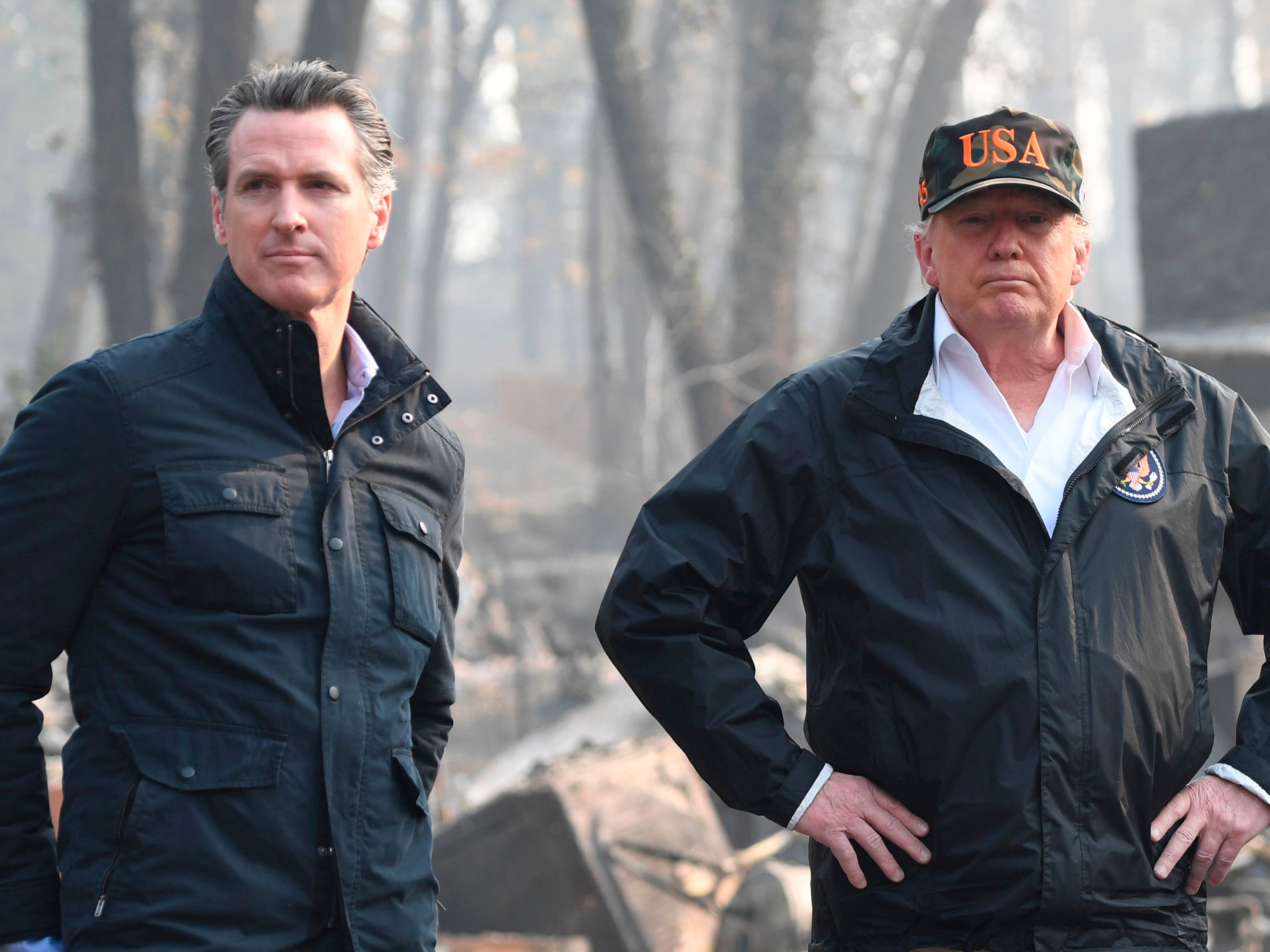 Donald Trump's team released a statement from the former president via email blast on September 14, alleging there was "rigged voting" in California's recall election.

Insider and Decision Desk HQ called the race for Gov. Gavin Newsom at 8:21 p.m. PT. Newsom survived the recall and beat 46 other candidates, including controversial leading GOP contender Larry Elder. Insider received the email from Trump's team less than an hour after the polls closed in California.

"People don't realize that, despite the Rigged voting in California (I call it the 'Swarming Ballots'), I got 1.5 Million more votes in 2020 than I did in 2016," Trump wrote in the statement.

There is no evidence of widespread vote-rigging in the California recall election.

Trump went on to acknowledge that Newsom will "probably win," while zeroing in on the governor's handling of California's drought.

"The place is so Rigged, however, that a guy who can't even bring water into their State, which I got federal approval to do (that is the hard part), will probably win," Trump continued.

"Billions of gallons of water coming to California from the North is being sent out to sea, rather than being spread throughout the State. This is to protect the tiny delta smelt, which is doing far worse now without the water," Trump wrote.

California does have a history of water flowing into the Pacific Ocean and being wasted. And the delta smelt, a small blue fish that lives only in the San Francisco Bay and the Sacramento-San Joaquin Delta, is, as Trump wrote in the statement, in critical condition.

Trump also did get federal approval to divert water to irrigate farms in 2019, but The New York Times reported that this entailed lifting protections for fish like the delta smelt. In fact, Trump's actions might have driven the fish further toward extinction, per a 2019 Guardian report. In October 2018, Trump signed a memorandum asking federal agencies to slow the water to Central Valley farms, which could have left the smelt without the fresh, cold water they need to survive and thrive.

In the statement, Trump went on to claim there are similarities between California's recall election and the 2020 presidential election.

"Many people are already complaining that when they go to vote they are told, 'I'm sorry, you already voted' (Just like 2020, among many other things)," Trump wrote.

There is no evidence of voter fraud in the 2020 election and judges have ruled resoundingly against Trump campaign lawsuits that alleged voter fraud in 12 states, including Georgia, Michigan, Nevada, and Pennsylvania.

According to the Poynter Institute's Politifact fact-checker, there were two instances of voters being mistakenly told that they had already voted in this year's California recall election. However, they were allowed to cast provisional ballots, and there is no evidence that GOP voters were targeted.