Skip to content
Gen. Mark Milley thought Trump was "all but manic" in the days following the Capitol riot, according to a new book. ... 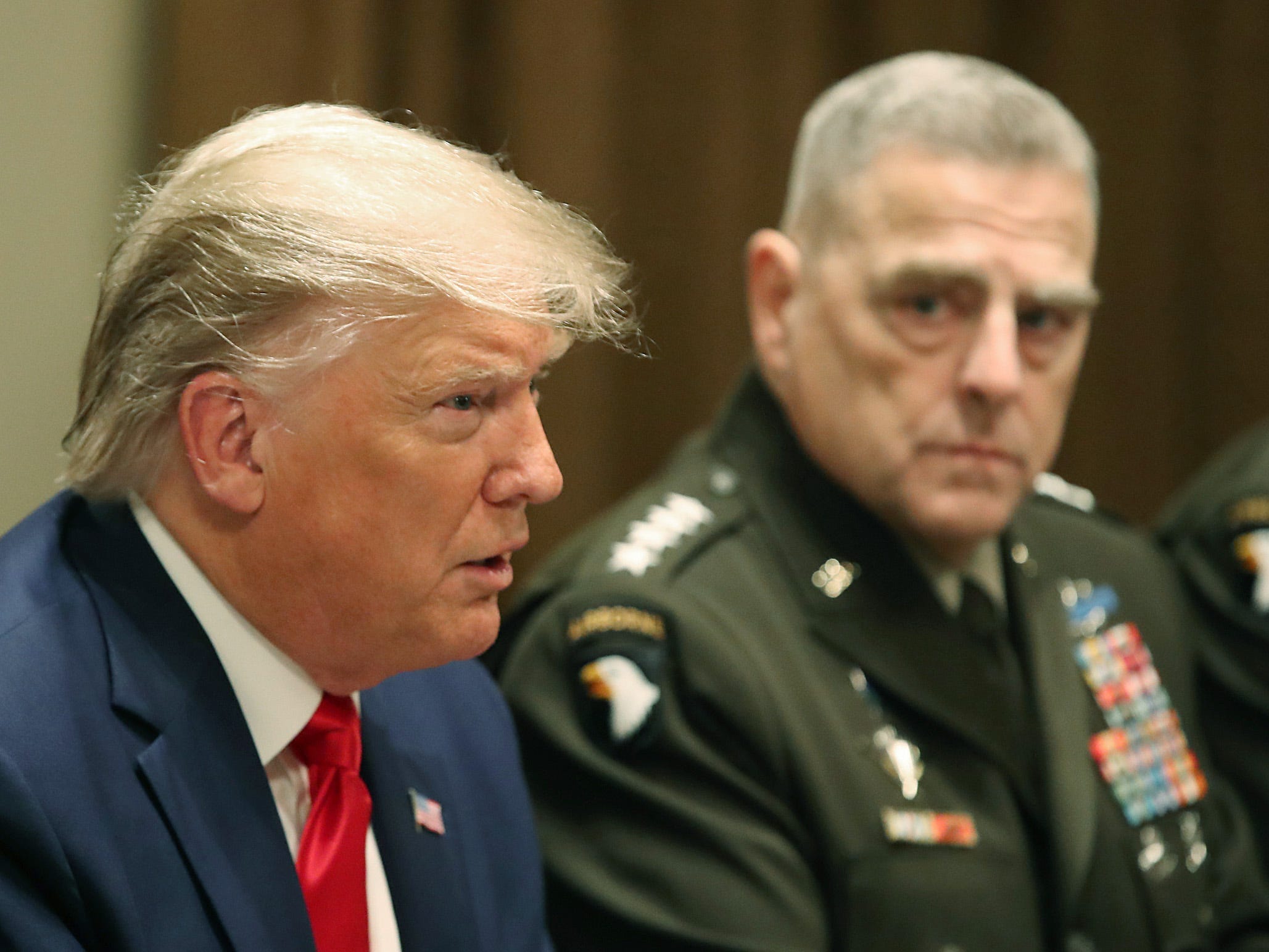 Top US Gen. Mark Milley thought then-President Donald Trump's mental state deteriorated after the 2020 election, according to a new book.

Milley, chairman of the Joint Chiefs of Staff, "was certain that Trump had gone into a serious mental decline in the aftermath of the election," authors Bob Woodward and Robert Costa of the Washington Post write in their forthcoming book, "Peril," set for release on September 21.

The Post and CNN obtained early copies of the book and published excerpts of Milley's reported reaction to Trump's behavior in the wake of the presidential election that Trump falsely claimed was stolen from him.

In the days after the January 6 riot, Milley believed that Trump was "all but manic, screaming at officials and constructing his own alternate reality about endless election conspiracies" and feared that the president would "go rogue," per the book.

At the time, Trump had refused to accept his defeat in the 2020 presidential election and amplified debunked claims that the race was rife with voter fraud. On January 6, pro-Trump supporters stormed the Capitol in an effort to stop the certification of President Joe Biden's election win.

Worried over what Trump might do, Milley warned military officials to follow procedures to the letter in carrying out any orders, including involving him in the process. Military officers gave Milley their word, in what he considered to be an "oath," the book says.

"You never know what a president's trigger point is," Milley had told his senior staff at the time, according to the book.

These reports suggest that Milley may have over-stepped his role as the chairman of the Joint Chiefs of Staff, a role that advises the president and defense secretary but is not part of the chain of command for operational decisions like the launching of nuclear weapons.

Milley was so concerned that Trump might start a war with China, he privately called his Chinese counterpart twice to assure him that the US would not strike, per the book.

Milley had also grown anxious that Trump would take military action against Iran and warned him not to, according to another forthcoming book by the New Yorker's Susan Glasser and New York Times' Peter Baker, slated to come out next year.

Since leaving office, Trump has attacked Milley and called for his resignation in June after the top general supported the military studying critical race theory. Republicans have clamored for a ban on teaching the subject – a major talking point in the so-called culture wars. Milley defended his stance, arguing that the military should learn about the history of racism in the US.