Skip to content
These worldwide Starbucks locations might be a more interesting place to sip your pumpkin spice lattes and frappuccinos than your local store. ... 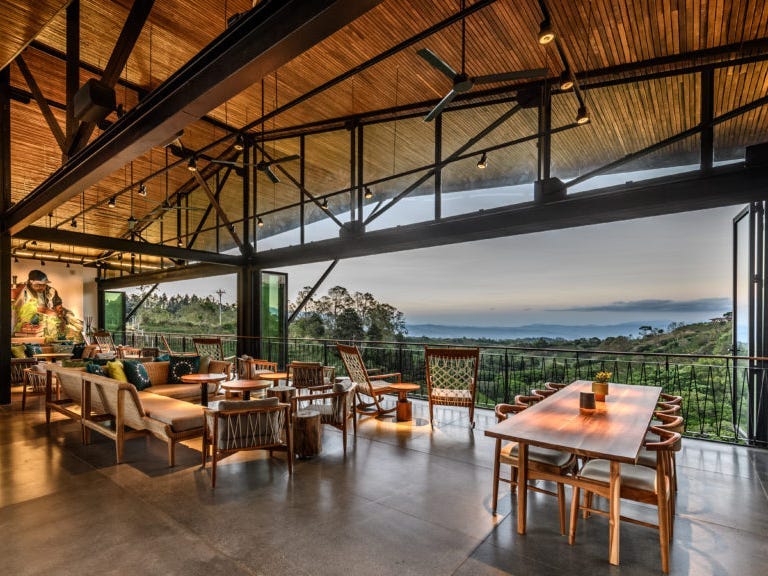 As the world’s biggest fast-food company, Starbucks operates stores in countries from Japan to Costa Rica. Here are some of the coolest stores from the chain’s over 32,000 locations.

This Starbucks store in Tianjin, China, is housed in what used to be a bank building. The coffeehouse preserved the bank’s original architecture, which features a dome with marble columns and a Renaissance facade.

Close to Tokyo, this Starbucks store is designed in the style of 18th century Edo era architecture. The location has a traditional tiled roof and a garden.

This coffehouse is located in Starbucks’ only coffee farm an hour away from Costa Rica’s capital city, San Jose. You can sip coffee at the cafe, which overlooks the Poas Volcano, tour the farm, and experience a coffee tasting.

This location in Hualien City, Taiwan, overlooks the Pacific Ocean and is made from recycled shipping containers.

This store is the first Starbucks location on the island of Turks & Caicos. The light pink exterior is in keeping with the area’s Caribbean style, and the interior features vibrant murals inspired by the island’s marine life.

This moody Starbucks store is located in an 18th century stone building off of a cobblestoned street in Paris.

Ketchum, Idaho, known for its proximity to major skiing locations, is home to this rustic Starbucks store, which was inspired by ski resorts in nearby Sun Valley.

Located on Chicago’s Magnificient Mile, this five-story roastery is the largest Starbucks location in the world and includes on-site coffee bean roasting, a cocktail menu, and an experiential coffee bar.