Skip to content
The RNC and some state governors said Thursday they would sue the administration, but experts said they probably won't win. ... 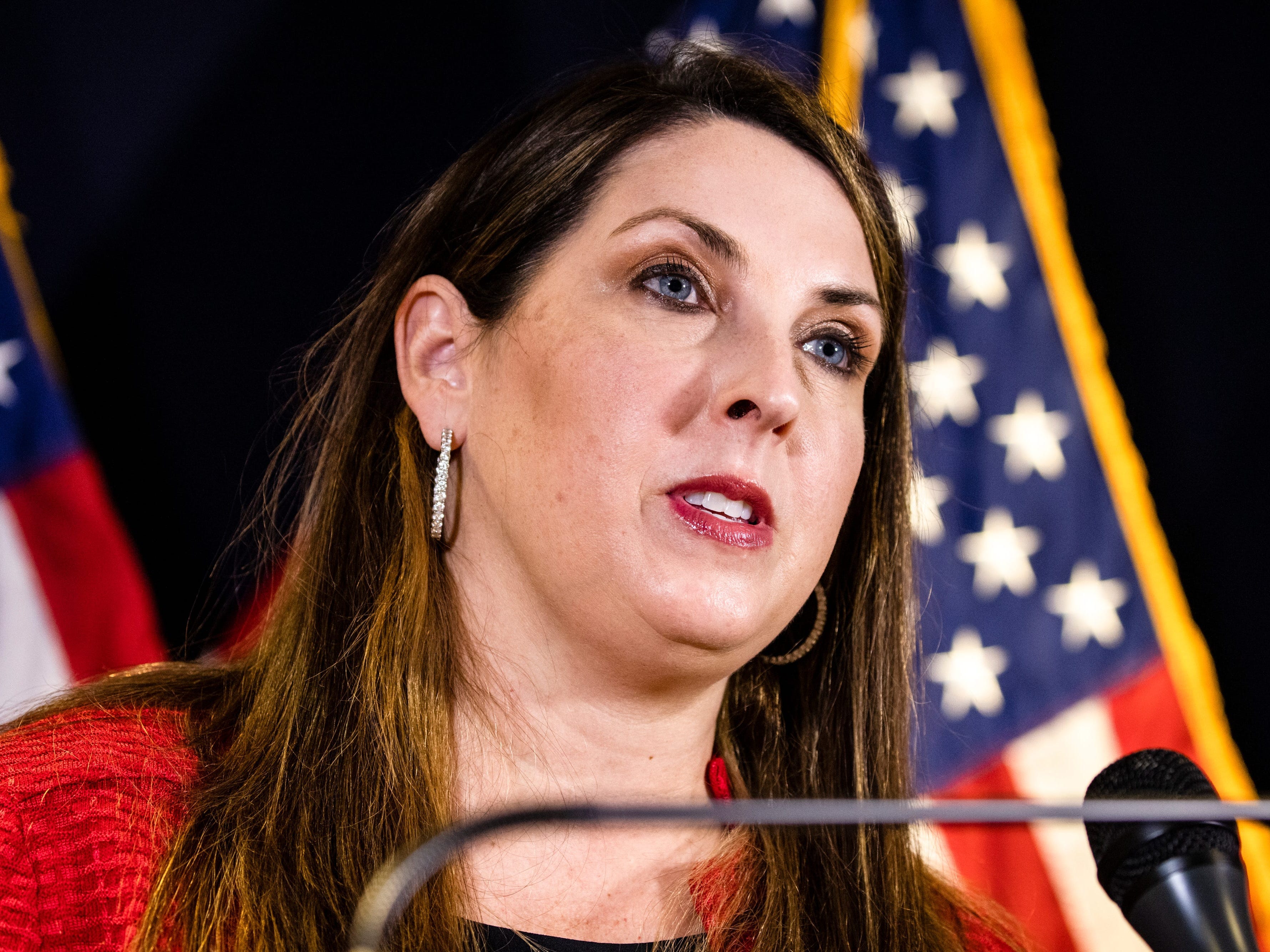 Within hours of President Joe Biden announcing sweeping new vaccine mandates in the US, the Republican National Committee (RNC) threatened to sue, calling them "unconstitutional."

However, legal scholars were quick to say that that their legal arguments are unlikely to prevail.

Vaccines greatly reduce the risk of severe disease and death, even in the face of the Delta variant.

Biden did not give a start date for the policy, instead instructing officials to produce a more detailed plan within one week.

In response, Republicans said they would sue. "Many small businesses and workers do not have the money or legal resources to fight Biden's unconstitutional actions and authoritarian decrees," RNC Chairwoman Ronna McDaniel said in a statement on Thursday.

"When his decree goes into effect, the RNC will sue the administration to protect Americans and their liberties."

Legal experts were not optimistic about the suits.

"My anticipation would be with the initial challenges, we're not going to see a suspension of this rule," Brian Dean Abramson, a leading expert on vaccine law, told Insider's Erin Snodgrass.

He said the likely best hope of the challenges would be to nuance the implementation of the policy rather than stop it.

"There is no constitutional problem with requiring people be vaccinated," said Erwin Chemerinsky, the Dean of Berkeley Law School, in an interview with the specialist site Law&Crime.

An article by Barron's on the legality of the policy cited Dorit Reiss, a law professor with expertise in vaccines.

She said that the policy might be temporarily blocked by the Supreme Court on grounds of overreach, but would likely prevail in the end.

Under Biden's new plan, employers with more than 100 employees would be required to mandate vaccination or weekly COVID-19 testing.

Federal employees, federal contractors, and health staff working in medicare or medicaid-funded establishments would also be required to be vaccinated. They would no longer be allowed to opt out by choosing regular testing as an alternative.

OSHA is currently drafting the rule that would enable employers to require vaccination or testing.

As for federal employees and health care staff, the White House asked agencies to mandate vaccination but has not specified a timeline.

Guidance is due from the White House Safer Federal Workforce Task Force within the week, according to Biden's executive order published Thursday alongside the policy announcement.