Skip to content
US stocks look set to reverse recent losses after the US and Chinese leaders discussed the need to ensure competition does not veer into conflict. ... 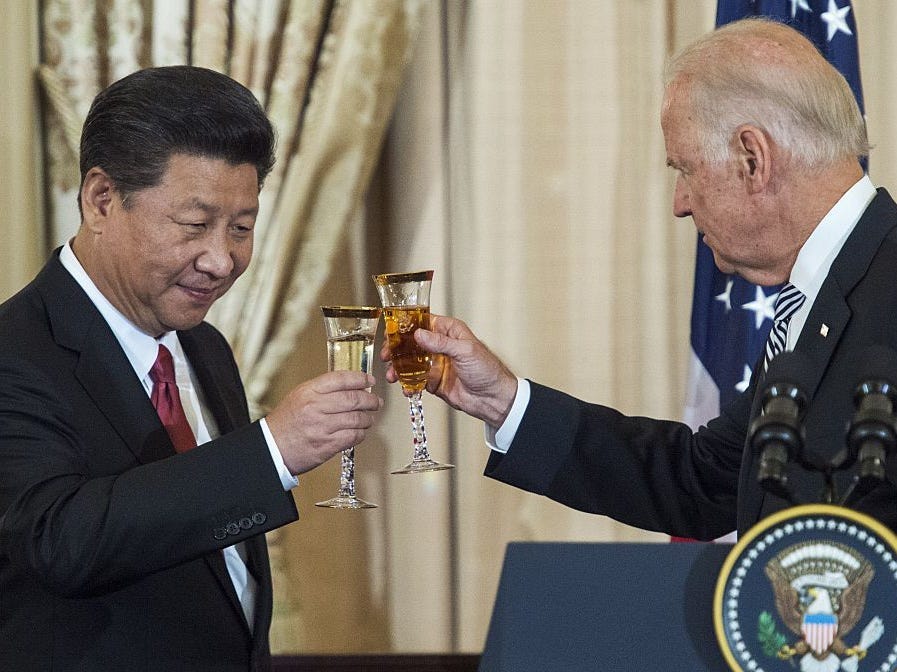 Dow Jones futures moved 0.4% higher, while those on the S&P 500 and the tech-heavy Nasdaq each gained 0.3% as of 5:55 a.m. ET, suggesting a turn higher for US stocks when trading starts later in the day.

On Thursday, the three major US stock indexes closed lower after jobless claims data stoked concerns about global growth and the Federal Reserve winding down stimulus, the dominant story in markets this week.

In their call, Biden and Xi discussed "the responsibility of both nations to ensure competition does not veer into conflict," according to a White House transcript release.

The reportedly respectful tone of the talks helped drive gains in Asian equities to end the week. The Shanghai Composite put on 0.2%, and Hong Kong's Hang Seng jumped 1.8%, while Tokyo's Nikkei rose 1.2%.

That relief in Asia should be a powerful enough incentive for New York stocks to open higher, and should provide momentum for oil prices, according to Jeffrey Halley, a senior market analyst at Oanda.

"The Biden/Xi phone call has had the same effect on oil markets as it has other asset classes, with any hope that US/China relations, no matter how small, are construed as positive for global trade and basically almost every asset," Halley said in a note Friday.

Oil prices were recovering from Thursday's sell-off, which came after China said it will release crude oil reserves in a bit to ease raw-material prices for manufacturers. Brent crude gained 1.7% to reach $72.73 a barrel, and West Texas Intermediate rose 1.7% to $69.33 a barrel.

In London, the FTSE 100 was up 0.2%, shrugging off July data that showed the UK economy barely grew. Rising COVID-19 cases and supply-chain issues kept GDP to a 0.1% rise compared with 0.6% expected and a 1% gain in June.

Looking ahead, the main data highlight Friday is likely to be the US producer price inflation release for August, due at 8.30 a.m. ET.

Read More: Jefferies says to buy these 49 global industrial leaders to take advantage of their accelerating profits amid a historically large spending boom