Skip to content
Gabriel Augustin Garcia's lawyers said his ankle monitor is randomly beeping around his clients, making it hard to run his Florida roofing business. ... 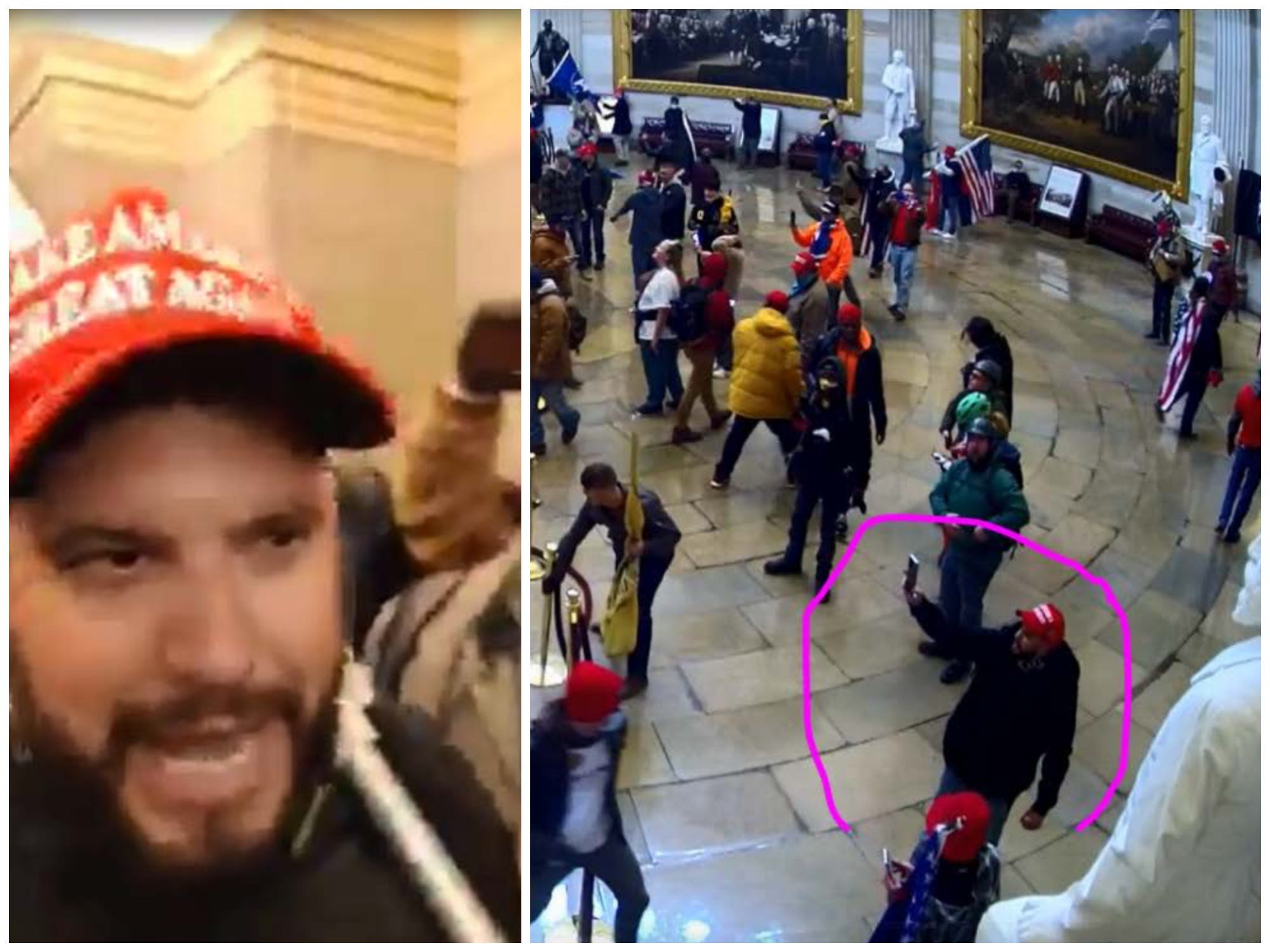 A man accused of storming the US Capitol on January 6 asked for his ankle monitor to be removed, arguing that its beeping embarrasses him in front of clients and harms his business.

Gabriel Augustin Garcia is being prosecuted over the events on January 6, on charges including violent entry and civil disorder.

Court filings describe him as a former US Army captain, who is alleged to be a member of the Proud Boys. Among evidence against him is video footage which the FBI shows him inside the Capitol.

As part of the conditions of his pre-trial release, Garcia was placed under curfew and fitted with an ankle monitor – which is now presenting problems, his lawyers said.

In a request to modify his release conditions filed September 1, Garcia's lawyers said the monitor is a physical safety hazard in his roofing business, and is also offputting to people he hopes will buy his services.

"The monitor has randomly started beeping loudly around potential clients, immediately followed by an embarrassing phone call from pretrial services asking for his exact location," his lawyers wrote.

The monitor is also cumbersome and hazardous at work, they said. "He climbs ladders and the GPS monitor often gets stuck on the next ladder step when climbing," they wrote.

"One time, he almost fell off the ladder," they added.

His lawyers said that Garcia is not considered a flight risk, and has so far complied with all the conditions of his release.

In response, prosecutors filed a motion to deny the request. "The government has no doubt that, in addition to the general inconvenience (and even embarrassment) of GPS monitoring, the Defendant's business is affected," the September 8 filing said.

However, it argued that there had been no meaningful change in his circumstances, which are the grounds on which the request was made.

Garcia was arrested January 19 on charges of civil disorder, entering a restricted building, and violent entry and disorderly conduct on Capitol grounds.

In the initial complaint, FBI investigators say they identified Garcia as one of the rioters from footage he posted to Facebook from inside the building, shouting "USA! Storm this shit!"

"We just went ahead and stormed the Capitol. It's about to get ugly," he is alleged to have said.

He also made it to the front line of a confrontation with police, calling them "fucking traitors," the filing alleges.

Later, he is heard shouting "Free Enrique!", the complaint alleges, in an apparent reference to Proud Boys leader Enrique Tarrio, who had been arrested earlier that month.

Tarrio was later outed as an FBI informant.