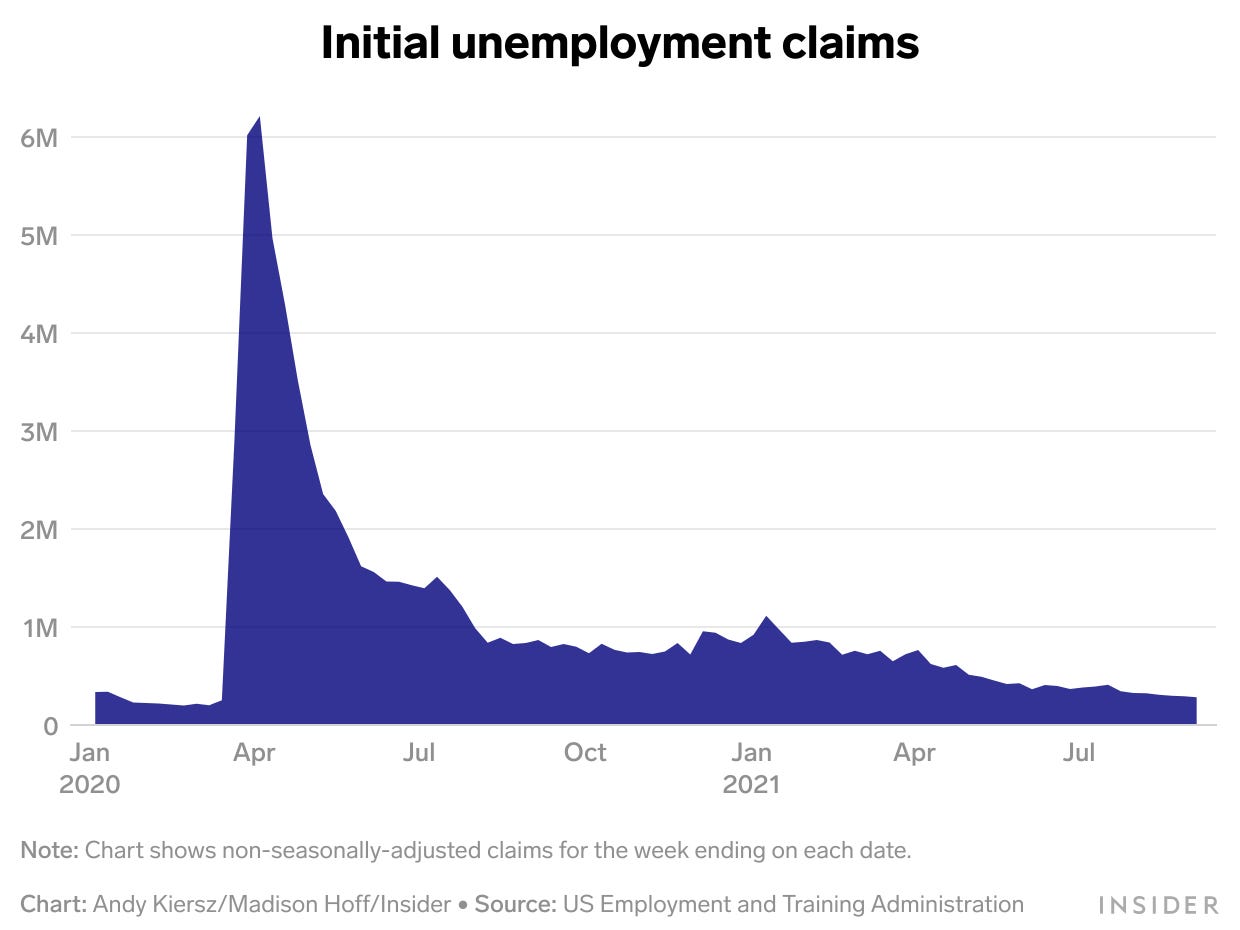 Continuing claims, which count Americans receiving unemployment benefits, declined to 2.78 million for the week that ended August 28. That landed above the forecast of 2.73 million claims and marked a sixth straight pandemic low.

The latest claims data covers the last week before enhanced unemployment benefits lapsed. The federal government had been supplementing states' UI payments with a $300-per-week benefit since the American Rescue Plan was approved in March. That boost expired on September 6, leaving about 7.5 million jobless Americans with less support as virus cases soared higher.

The pullback in UI support comes as claims sit at historically elevated levels. Jobless claims are still well above their pre-pandemic trend of 200,000, and continuing claims need to drop by another million to return to their past average.

The cutoff didn't affect every state at once. Twenty-six state governments had already pared back the supplement prematurely, with many arguing the move would push more Americans into the workforce. Yet research suggests the early pullback in UI support harmed local economies more than it helped. Analysis from The Wall Street Journal found "roughly similar job growth" in states that did and did not end benefits early. And Homebase researchers found that employment actually fell in states that slashed UI ahead of schedule.

The Biden administration has said that states can continue to provide boosted UI payments on their own with leftover funding from the American Rescue Plan. Yet no state has committed to taking such action, Insider's Juliana Kaplan and Joseph Zeballos-Roig reported, and it's unlikely Democrats can pass another salvo of enhanced UI.