Skip to content
Many Fed officials signalled on Wednesday that central bank asset purchase tapering will get underway this year, backed up by a monster jobs report. ... 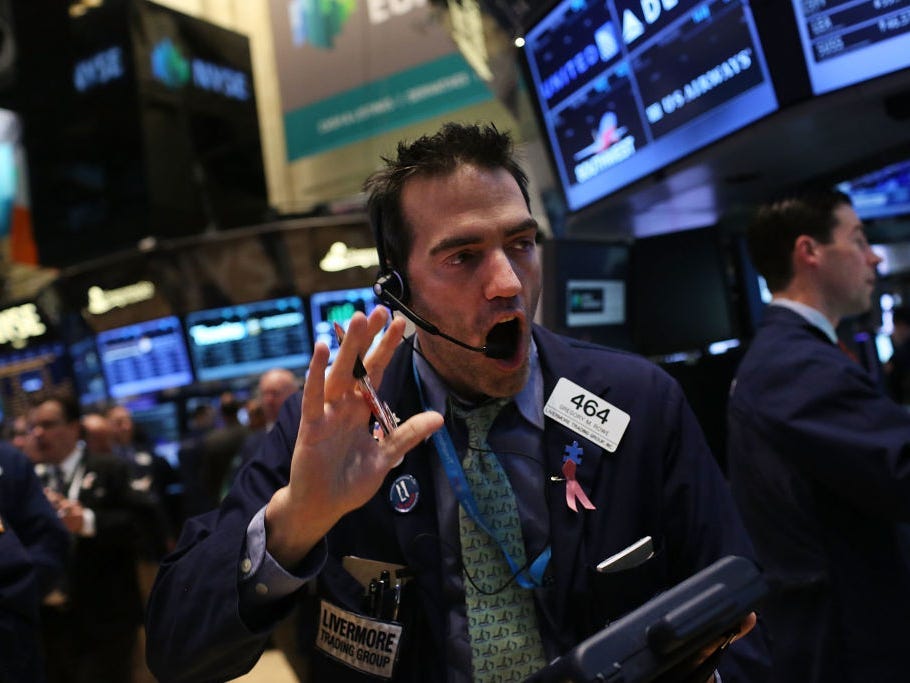 Global stocks fell for a third day Thursday, as investors cast further doubt on the sustainability of current valuations ahead of upcoming central bank meetings, with investors in Europe expecting the main highlight to be the European Central Bank's policy decision.

Futures on the Dow Jones, S&P 500, and Nasdaq were down by about 0.2% as of 4:10 a.m. ET, suggesting a modestly lower start to trading later in the day. The MSCI World Index dropped 0.3%, marking its third straight decline. The index hit a record high on Tuesday.

A number of Federal Reserve officials signaled on Wednesday that the central bank could start tapering its asset purchases later this year, despite a disappointing August jobs report last week. "The big picture is that the taper will get going this year and will end sometime by the first half of next year," St. Louis Fed Bank President James Bullard said in an interview with the Financial Times.

The Fed's comments were backed up by a monster 10.9 million US job openings that suggest employment isn't the issue – it's getting Americans to take those jobs, Jeffrey Halley, senior market analyst at OANDA said.

Fed policymakers will meet once again in two weeks on September 21 and 22.

Even though the S&P 500 pulled back just 0.5% by Wednesday's close, it was the third straight daily loss for the benchmark index, its longest losing streak since mid-July. Consumer durables and energy were among the largest laggards in the US, while in Europe autos and industrial goods underperformed by the close, Deutsche Bank strategists said.

"We have a lot of uncertainty pulling markets in both directions, with no clear theme developing and plenty of risks circling," Halley added.

In Europe, all eyes are on the ECB's upcoming interest-rate decision, expected at 7.45 a.m. ET. With inflation picking up in the eurozone, investors will tune carefully into any hints bank president Christine Lagarde may give about the likely outlook for its huge asset-purchase program.

Deutsche Bank's European economists expect the ECB to announce a reduction in the purchase pace under the Pandemic Emergency Purchase Programme. They think it's slightly more likely to happen now than in December, but there's still a risk the ECB could delay any decision until then.

In Asia, Chinese inflation hit a 13-year high in August due to surging prices of raw materials.

Hong Kong equities took a hit as Tencent and NetEase shares dropped more than 6% each after they were among video-game firms to be summoned to a regulatory meeting meant to serve as a reminder about restrictions on game-time for children.

The cryptocurrency market looked somewhat stable after the sell-off that ensued alongside El Salvador's adoption of bitcoin as a legal currency. Bitcoin rose 2% to $46,308, ether rose 6% to $3,497, while other coins were all in the green.

Read More: Why crypto crashed: 4 experts break down what Tuesday's sudden drop might mean for the altcoin season and NFT frenzy – and share 12 high-quality tokens that are likely to continue rallying towards the year end