Skip to content
A COVID-19 outbreak among vaccinated people in Provincetown, Cape Cod, around July Fourth prompted the CDC to update its indoor-masking guidance. ... 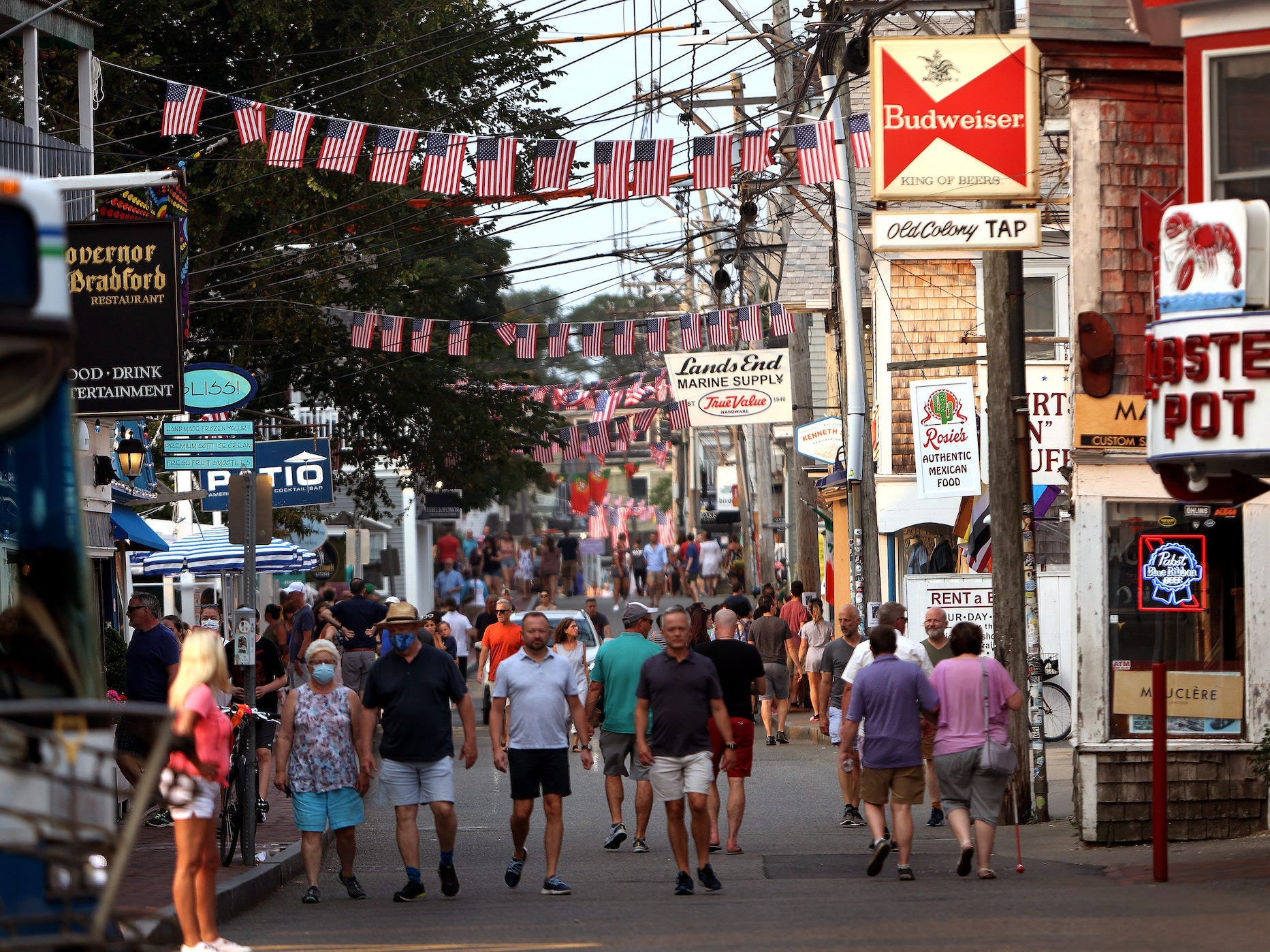 An outbreak of COVID-19 cases among vaccinated people in a highly-vaccinated town in Cape Cod, Massachusetts, around the July Fourth weekend prompted the Centers for Disease Control and Prevention to change its indoor-masking guidance.

But the outbreak does not suggest that vaccines aren't working, CDC Director Rochelle Walensky told the BBC in an interview published Monday.

Instead, it shows that vaccines are working and "prevent severe disease, hospitalization, and death," as clinical trials had previously found, she said.

"The lesson learned here is how well the town did in the context of an immense amount of exposure and high rates of vaccination," Walensky said.

Out of 346 infections in vaccinated people, there were 4 hospitalizations and zero deaths

In a study released Friday, the CDC said it tracked 469 cases among people who visited Provincetown between July 3 and July 17. Of those cases, 74% – or 346 people – were fully vaccinated.

But the relatively high rate of infections among vaccinated people was only because of the town's vaccination rate, and the mildness of the infections shows that vaccines work.

The outbreak piqued the CDC's interest because the town had a high vaccination rate – with more than 95% of permanent residents fully vaccinated by early July, according to the town manager – suggesting that fully vaccinated people can still transmit the Delta coronavirus variant.

In the BBC interview, Walensky said the outbreak should not undermine public confidence in vaccines.

Among the infected vaccinated people, the majority of cases were mild, the CDC study said. Only four people were hospitalized, and no deaths were recorded, the study said.

The findings were consistent with previous data, which showed that vaccines prevent severe disease and hospitalization. The CDC said earlier this month that 97% of people hospitalized with COVID-19 in the US were unvaccinated.

Walensky also noted that in July, the town's population grew, with some 60,000 people visiting Provincetown around the July Fourth weekend. So the number of cases in vaccinated people was comparatively low, she said.

"The most important message here is to get vaccinated," Walensky told the BBC.

The new mask guidance is there to protect the unvaccinated, Walensky says

When asked if the mask guidance risks undermining public confidence in the vaccines, Walensky said it was updated to protect unvaccinated people or people who aren't eligible for vaccination, like children.

Francis Collins, the director of the National Institutes of Health, also made this point in a Sunday interview.

"It's mostly about protecting the unvaccinated, that's where the real serious risks of illness are," Collins told CNN's Jake Tapper. "If you're vaccinated right now, your likelihood of getting sick is 25-fold reduced. The vaccines work extremely well."

Walensky told the BBC that preliminary CDC findings suggest that, unlike with the Alpha variant, vaccinated people infected with the Delta variant can carry high levels of the virus.

Though vaccinations have been proven to drastically reduce the risk of severe disease, even with the Delta variant, the higher viral load could increase the risk of vaccinated people being able to transmit the virus.

However, it is not yet clear how infectious a vaccinated person can be after being infected by the Delta variant.

Ben Wakana, a member of the White House COVID-19 response team, tweeted last week that "vaccinated people do not transmit the virus at the same rate as unvaccinated people."