Skip to content
It's a stressful role, but hearing off-the-cuff comments from Olympians right after they compete makes it all worthwhile, says Sara Hunninghake. ... 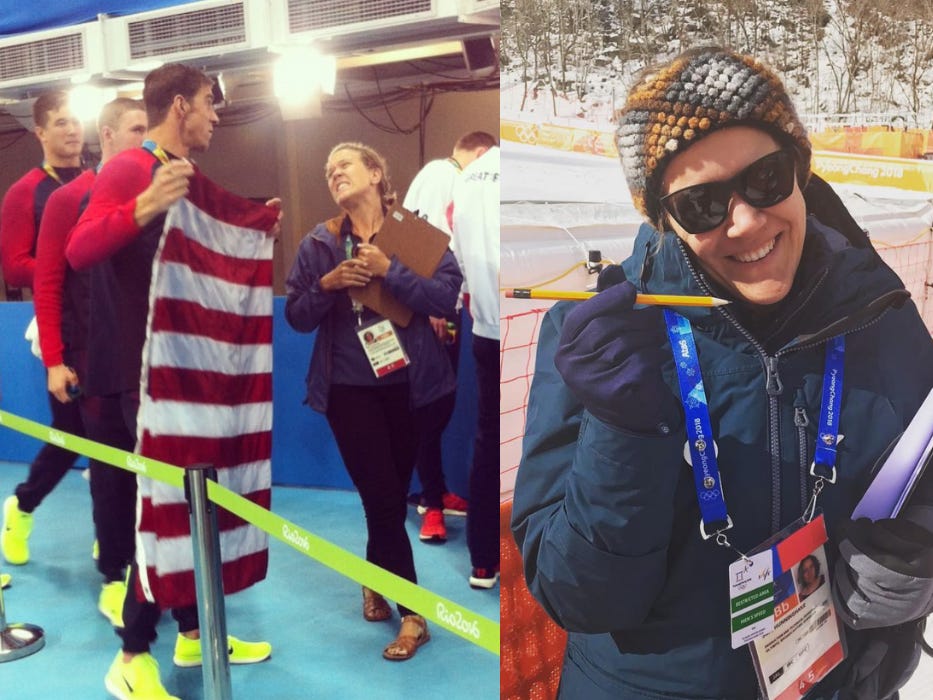 I'll be spending my 40th birthday in a quarantined hotel room, like all Olympic staff and athletes who will only be allowed at their accommodation or the venue. I won't be celebrating with my friends in Portland, Oregon.

I wouldn't want it any other way.

Tokyo will be my seventh Olympics managing athletes for their interviews with broadcasters. As a kid, I remember staying up to watch the Olympics. Working for the Olympic Broadcasting Services (OBS), I am able to help broadcast this history to new generations.

My first job out of college was as a media coordinator with USA Swimming. I left but OBS later invited me to come to the 2008 Beijing Olympics because I knew the swimmers.

I remember sitting in the stands with a journalist the day Michael Phelps won his second gold, making history before our eyes.

He rarely did more than one or two interviews after each race even though every journalist wanted to speak to him. My job was to help him navigate the journalists. In the end, he talked with almost every journalist after his final race.

After the 2008 Olympics, OBS invited me to the Winter Olympics to work with skiers. I've worked every Olympics since.

In Tokyo, I'll aim to put two hours in with my PR job with WE Communications before I get on the bus to go to the venue. I'm grateful they allow me to go part-time for three weeks.

After I finish, I will take a bus to the venue, typically arriving three hours before the event starts to be available for broadcasters.

Once we arrive, we're on-the-go until we leave. I joke that my daily schedule is work, eat, bus, venue and then repeat.

I do everything from coordinating athlete interviews to telling people where they can record. I'm responsible for the Mixed Zone, where journalists and athletes meet. We gather all the broadcasters and ask athletes who they would like to speak to.

The interviews have to be a minute or less. Broadcasters request interviews and we do our best to help facilitate them. Athletes always have the option of saying no.

It is high energy and high stress keeping track of who is talking to who and for how long. It pays off, though, when you see eight different athletes speaking to interviewers all over the world in real time. With COVID, there will be no spectators but the athletes still trained as hard as ever and I am excited to watch them realize their dreams.

Working in PR always has me thinking about who is a good interview. Some athletes do it well and some don't. When I worked at USA Swimming, I used to help train athletes in how to speak with the media. Most were new to doing them.

My favorite is Mikaela Shiffrin. She was 18 and had just won the slalom in 2014. She did every single interview without giving anyone the same line. A Swiss reporter asked her if this was the best day of her life, and she said, "I'm sure there was a day when I was younger that someone gave me a brownie, and that was the best day ever. But this is definitely top five."

These are the moments that make this job fun.

It's not always glamorous. I spend a lot of time saying: "No, I am sorry you can't speak with them; No, you can't go there. No, you can't have 30 more seconds."

Saying no is draining. Tensions are high because journalists are under pressure. One yelled at me once as she was upset an athlete from her country who had just won gold had to stop for other interviews before getting to her. But because of the amazing community around me, I think more about the positive moments.

I can't imagine a better way to celebrate my 40th.