Skip to content
Democrats largely mocked the idea with one senator calling it "goofy." Graham's gambit could also backfire on the GOP. ... 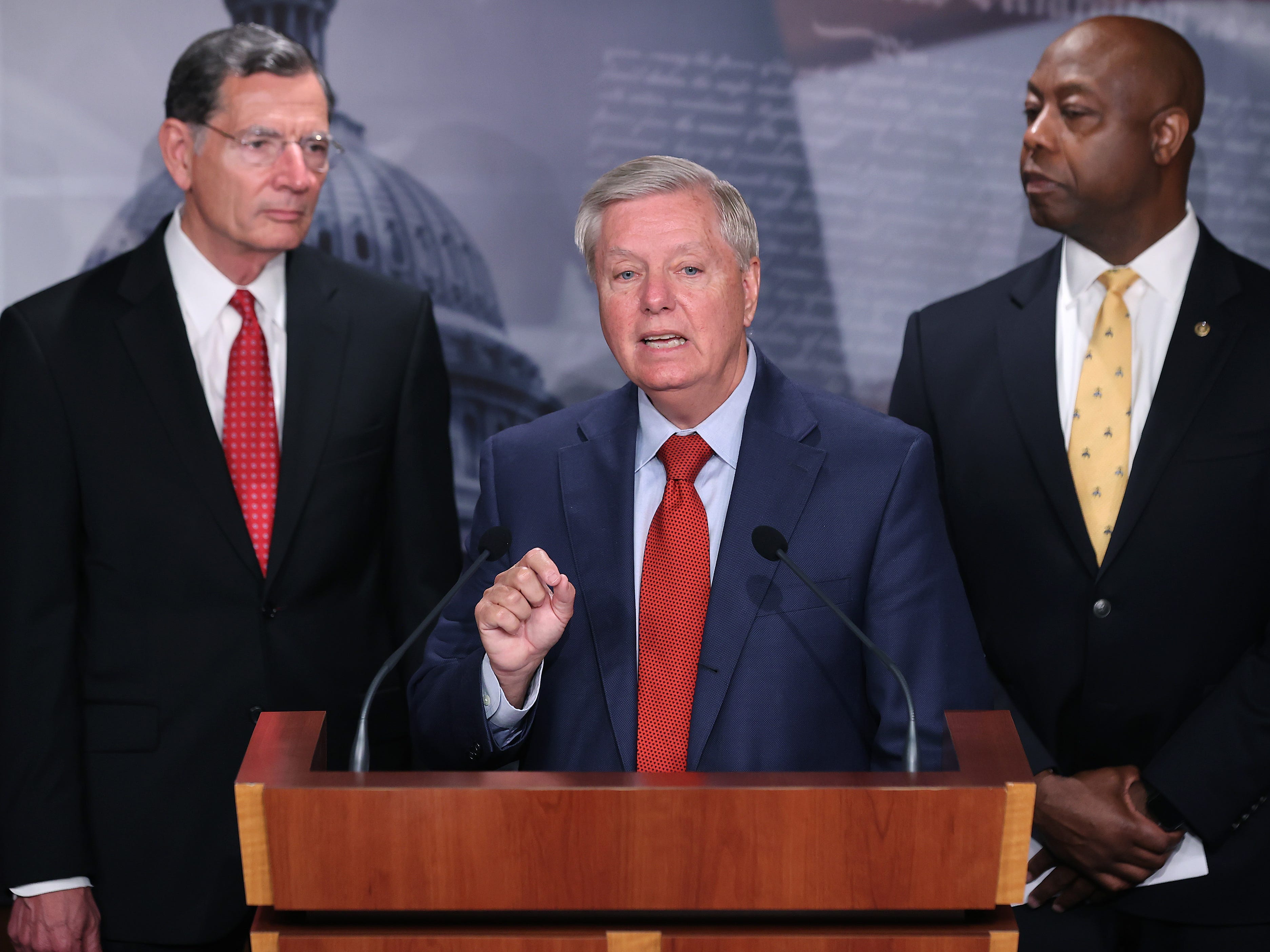 Sen. Lindsay Graham of South Carolina has an idea to help Republicans who are strongly determined to oppose a multi-trillion Democratic spending package this summer: The GOP should skip town.

The Wall Street Journal reported that Graham is pressing other GOP senators to leave Washington D.C. in a bid to deny Democrats the 51 senators needed to conduct official legislative business later this summer. It's known as a quorum.

Democrats are assembling a $3.5 trillion spending plan separate from a $579 billion package still being ironed out by a group of Republicans and Democrats. The larger package will be approved in a party-line vote through a process known as reconciliation. It's expected to include many social initiatives triggering unanimous GOP opposition, such as universal Pre-K, free community college, and immigration reform.

The Journal reported that Democrats are likely to push for $120 billion to establish a path to citizenship for certain groups of undocumented immigrants, such as young children brought illegally to the US known as "Dreamers" and possibly some adult farmworkers. Graham said the GOP should do everything in its power to prevent its passage.

"We should use any tool in our box to stop it," Graham said Wednesday. Some GOP senators, such as Sen. John Boozman of Arkansas, said they were on board with the last-ditch gambit.

Others are open to it, like Sens. Josh Hawley of Missouri, Kevin Cramer of North Dakota, and Ron Johnson of Wisconsin. Most, however, appear hesitant to support the move.

The dramatic GOP step being floated evokes a recent effort by a group of Texas Democratic state lawmakers who fled the state to block a Republican voting bill. But it faces long odds and could even backfire on the GOP.

If no GOP senators are present for the vote, Democrats could then invoke another procedure known as "unanimous consent" which allows passage of bills by voice-vote. That would pave the way for Democrats to approve legislation without Republicans around to object.