Skip to content
The US this month delivered three aircraft to India that will help it keep an eye on China's increasingly active navy, especially its submarines. ... 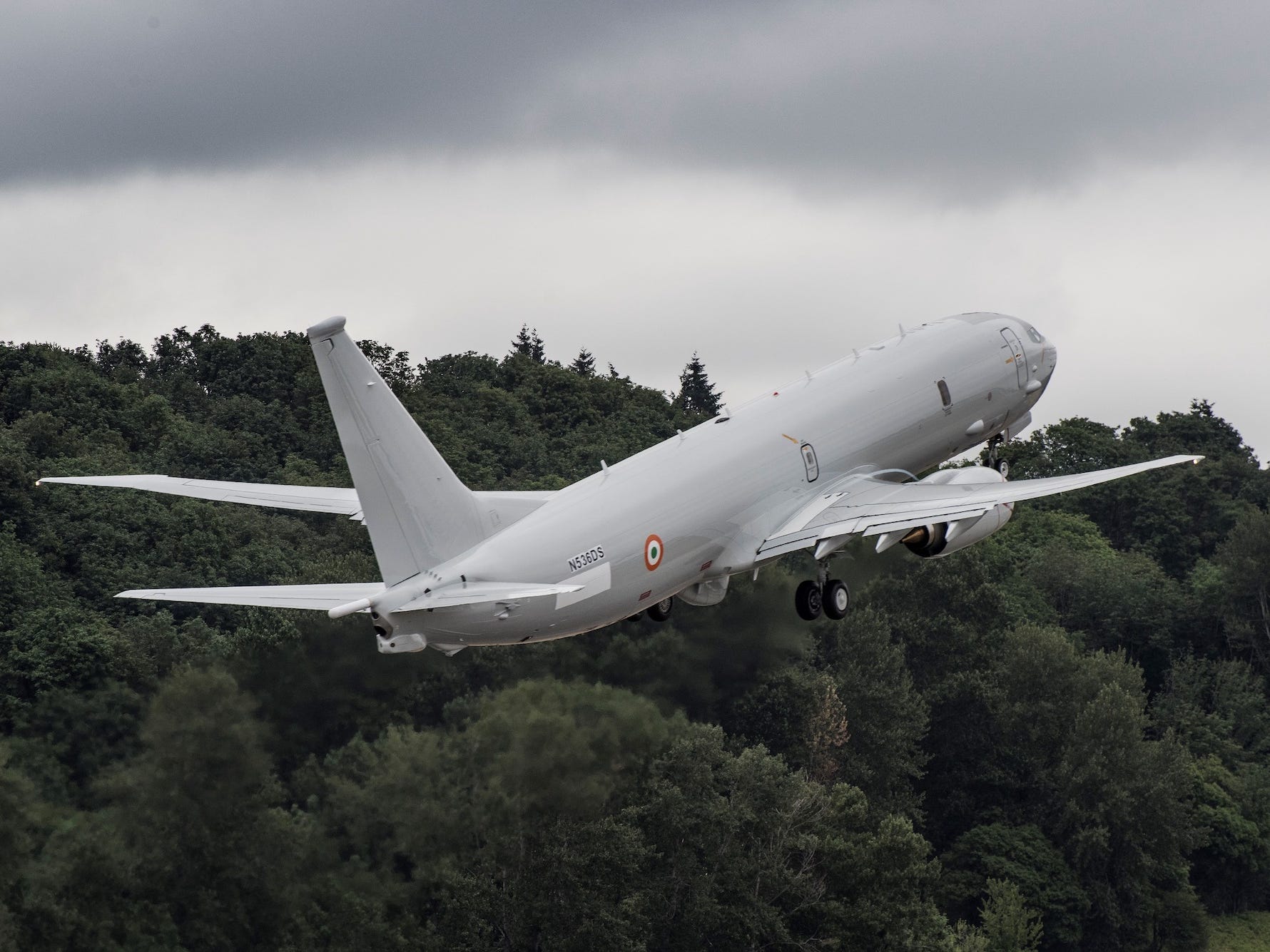 India received US-made helicopters and a patrol plane this month, boosting that country's navy and advancing US-India ties as both seek to counter China's growing influence in the Asia-Pacific region.

On July 13, Boeing announced the delivery of another P-8I Poseidon maritime patrol aircraft to India, the 10th since India became the first non-US buyer more than a decade ago.

On July 16, India's navy inducted the first two of 24 MH-60R Seahawk helicopters in a ceremony with US Navy officials in San Diego on July 16.

India's ambassador to the US called the induction an "important milestone" in US-India defense ties.

John Kirby, the Pentagon's chief spokesman, congratulated India on both deliveries this week, saying the aircraft "will substantially enhance maritime security and strengthen cooperation and interoperability between our two navies."

The MH-60R and P-8 both have anti-submarine warfare as a primary mission – Lockheed Martin says the MH-60R is the world's "most capable and mature" helicopter for ASW, and Boeing calls the P-8's ASW capabilities "unmatched" – and their delivery reflects India's concern about Chinese naval activity, particularly submarine activity, in the Indian Ocean.

That Chinese presence, coupled with the increasing age of the Indian navy's own rotary aircraft, "has been a cause of growing concern" for Indian navy leaders, who have urged expedited procurement of new aircraft, said Abhijit Singh, a former Indian naval officer and head the Maritime Policy Initiative at the Observer Research Foundation, a think tank.

"The delivery is a definite boost for the Indian navy. The multi-role helicopter deal is one the most eagerly awaited naval procurement programs in recent years," Singh told Insider.

Rotary and fixed-wing aircraft are only two new platforms India's navy is seeking to bolster its fleet amid heightened tensions with Beijing, which has the world's largest navy.

India expects to add a second aircraft carrier within the next few years and is pursuing other new surface ships as well as new ballistic-missile and attack submarines. India this week issued a nearly $7 billion tender for its advanced Project 75I subs, though they will still take years to build.

India has also developed or is working on an array of ship- and sub-launched ballistic and anti-ship missiles.

New Delhi is also bolstering its presence around the Indian Ocean, building new bases and other facilities to improve its maritime awareness and capitalize on its advantageous position in strategically important areas. (India's contentious land borders with China and Pakistan are likely to remain its military's focus, however.)

New Delhi has long sought to maintain an independent foreign policy, and the lastest deliveries come as it continues to work closely with longtime defense partner Russia – which is developing closer ties with China – and as it draws closer to the US.

With China as a mutual foe, US-India defense cooperation has picked up in recent years.

India's deputy chief of naval staff called the helicopters a symbol of "ever-growing global strategic partnership," and Singh said the deliveries are seen as "a sign of strengthening India-US strategic ties."

The US is "demonstrably keen" to bolster India's ability to defend its maritime approaches, Singh said.

"With bilateral defence trade having expanded to over $20 billion in the last couple of years, many believe the Biden administration is carrying forward the momentum of the Trump years," Singh added.