Skip to content
The Wisconsin Republican, who's been endorsed by Trump, says he hasn't yet decided whether to run for reelection next year. ... 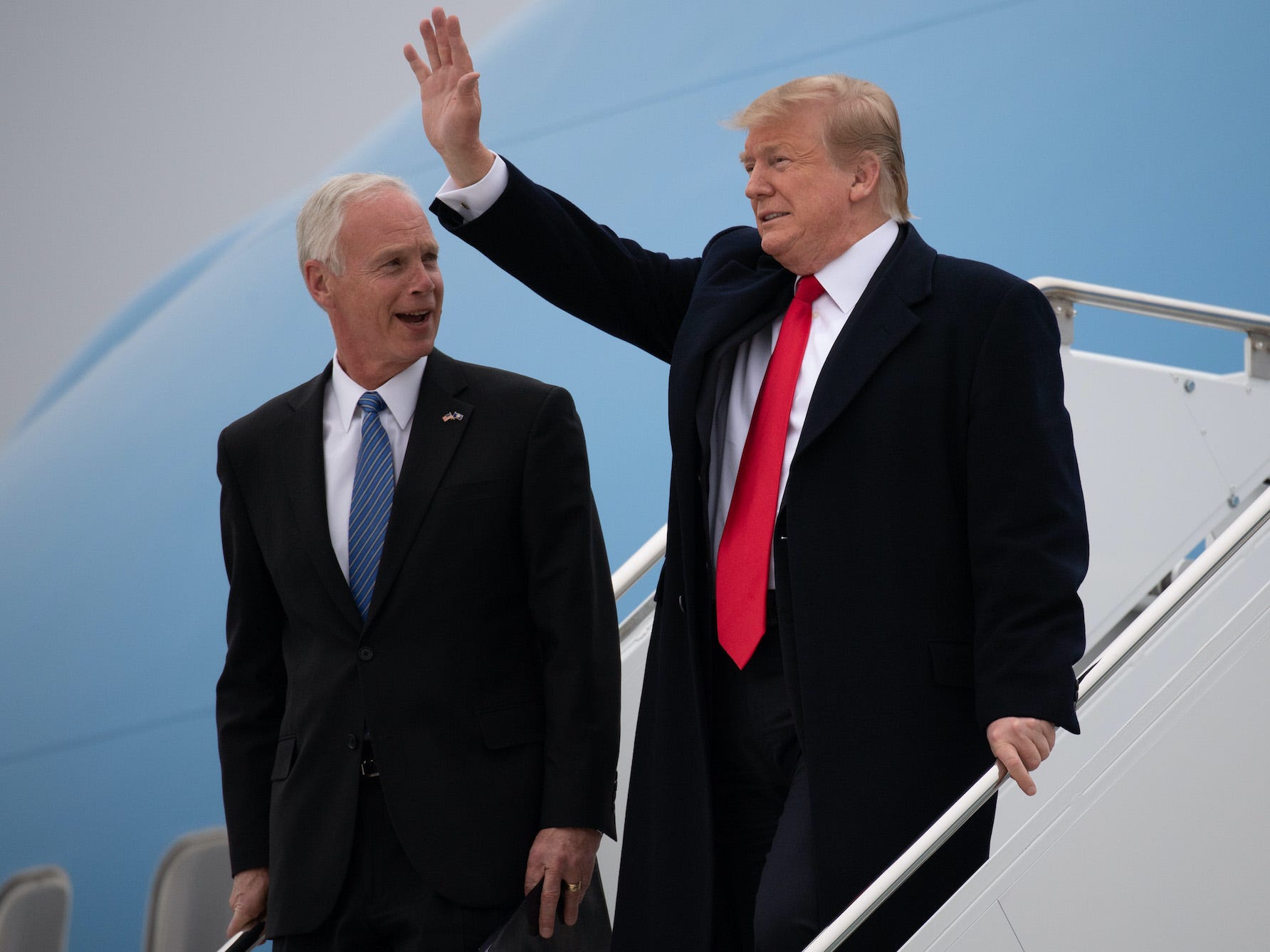 Sen. Ron Johnson, a Wisconsin Republican, issued an underwhelming endorsement of his own 11-year run in Congress, telling a conservative podcast host on Wednesday that he doesn't think he's been "particularly successful" in office.

The second-term senator, who says he's still undecided about running for reelection next year, told right-wing commentator Lisa Boothe that he ran for the Senate in 2010 because he wanted to get rid of Obamacare and lower the national debt. But his party hasn't managed to make progress on either issue, even under former President Donald Trump.

Trump, who's publicly urged Johnson to run for reelection, promised to repeal Obamacare, but Republican lawmakers abandoned their campaign to get rid of the popular healthcare law after repeated legislative failures. Trump also promised to pay down the national debt over eight years, but he instead presided over the third-largest increase in the national debt under any administration.

Johnson said that "dysfunction" in Washington makes his job frustrating and lamented that the media "rakes me over the coals, relentlessly" because of the "truths that I tell."

Elected as part of the Teaparty's 2010 surge in Congress, Johnson has aggressively pushed misinformation about COVID-19 and vaccines and has said he won't get vaccinated. He told Boothe on Wednesday that there are "serious, serious issues" with the COVID-19 vaccines and that there's no reason Americans who aren't in high-risk categories for COVID-19 should get vaccinated.

The Wisconsin lawmaker argued that the federal government is ignoring risks associated with the vaccines and attempting to assert control over the public by pushing Americans to get vaccinated. These assertions aren't backed by the science, which shows that COVID-19 vaccines dramatically reduce the chance of serious illness and hospitalization from COVID-19, including the dominant Delta variant.

"It creeps me out that the government is wanting to push a vaccine in everybody's arm, even those people that don't need it," Johnson told Boothe. "Sorry Uncle Joe, I'm not signing up for that program, I don't trust them … It's creeping me out because it's not rational."

He added, "This push to mass vaccinate everybody – even those who've had COVID or even those that really have very little risk of any kind of serious impact if they get COVID – it just doesn't make sense, particularly with a vaccine that is not fully approved."

The senator has repeatedly and falsely claimed that natural immunity from a COVID-19 infection is stronger than immunity provided by a vaccine and pointed to misleading data to support his false claims about the safety of the vaccines.

Johnson called this "a perilous moment for our nation" because Democrats who "don't like this country" have "devious plans" to "fundamentally transform" it. The senator said he wants his Republican colleagues in Congress to focus more on "culture war issues," including the debate over teaching critical race theory in schools.