Skip to content
Paul Hodgkins, 38, was sentenced to 8 months in prison for his role in the Capitol riot even though prosecutors pushed for 1.5 years. ... 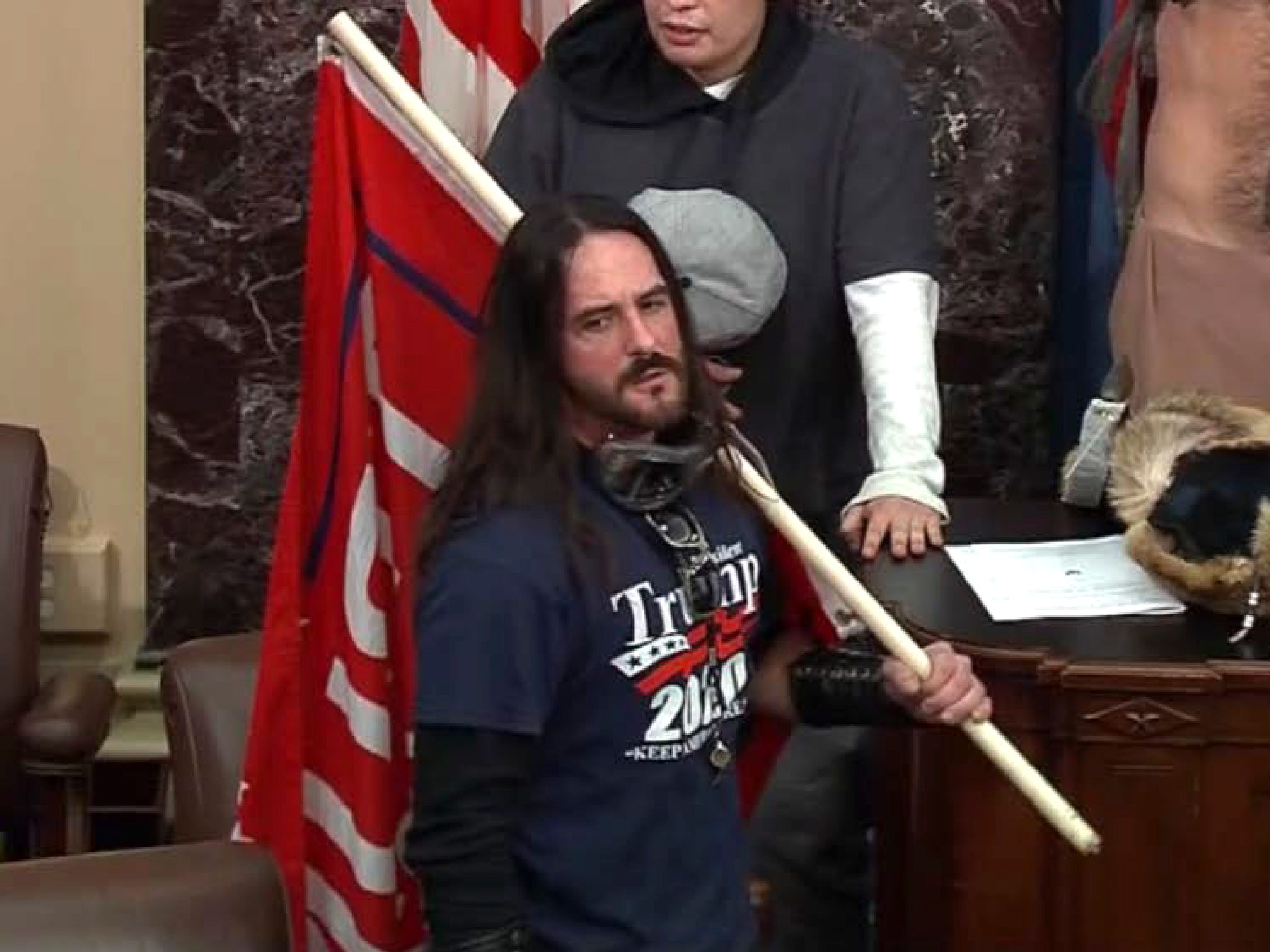 A federal judge sentenced a Capitol rioter on Monday to 8 months in prison, less than half the 1.5-year sentence that prosecutors requested.

Paul Hodgkins, 38, traveled to Washington, DC from Florida in January to support former President Donald Trump, according to a criminal complaint. After Trump's January 6 rally near the White House, Hodgkins walked to the Capitol building, where Congress was in the process of certifying the 2020 election in favor of President Joe Biden. The complaint states that Hodgkins entered the building about at 2:50 p.m., about 30 minutes after both chambers of Congress had evacuated.

Hodgkins was ultimately charged with three separate violations, though he pleaded guilty to a single count of obstruction of an official proceeding. While prosecutors did not accuse Hodgkins of damaging the building, they noted at the sentencing that Hodgkins brought a flag, rope, and white gloves to the Senate floor, which they equated with "intimidation."

"We don't have access to the confidential pre-sentence investigation reports, but I do think that sentence is an accounting principle which all criminal defense lawyers know: FIFO, or first in, first out," Hirschhorn said. "That means early pleaders and early cooperators generally get the best deals."

Neama Rahmani, a former federal prosecutor and the founder of West Coast Trial Lawyers, told Insider that admitting fault and owning up to the charges can help reduce a sentence.

"Acceptance of responsibility is a very important principle that judges consider folks that plead early," Rahmani said. "They save government resources and they save court resources because there will be some defendants here that are on the political fringes as well to push these cases to trial."

As of mid-July, at least 582 people had been charged with crimes stemming from the insurrection, and 16 people had pleaded guilty in connection with the riot.

Rahmani said federal courts are used to handling longer investigations against "high-level individuals" and are not equipped to process high volumes of "reactive crime." In other words, the federal court system is not set up to swiftly adjudicate hundreds of cases akin to breaking-and-entering or trespassing, so Rahmani said it must find a way to triage the Capitol riot cases.

For example, according to a recent report from Insider's C. Ryan Barber, federal prosecutors told lawyers for several rioters that defendants who stepped foot on the Senate floor would receive a felony conviction even if they entered into a plea deal. This message could incentivize earlier guilty pleas and free up the court's resources, as defense attorneys would theoretically spend less time negotiating a lower-level misdemeanor charge for their clients.

Federal sentencing guidelines are not set in stone

When determining a benchmark for sentencing, prosecutors and judges are instructed to look to federal sentencing guidelines. The person being sentenced racks up "points" based on their prior criminal history, the nature of the offense, and additional factors.

Using the federal sentencing guidelines, the US Probation Office calculated that Hodgkins' "total adjusted offense level" was 14, equating to 15-21 months in prison.

The US Supreme Court gave federal judges more leeway in sentencing when it ruled in 2005 that judges do not need to adhere to the federal guidelines manual, so US District Judge Randolph Moss had the power to disregard the Probation Office's calculation in Hodgkins' case.

Moss explained at the sentencing that Hodgkins' conduct was intolerable, but said he didn't view Hodgkins as dangerous.

"It's essential to send a message that this type of conduct is utterly unacceptable and that grave damage was done to our country that day," Moss said. "But at the same time, I do not believe that Mr. Hodgkins, other than having made some very bad decisions that day … that he is a threat."