Skip to content
Seaside Aquarium said finding the opah, or moonfish, was surprising as they are "rare to the Oregon Coast." ... 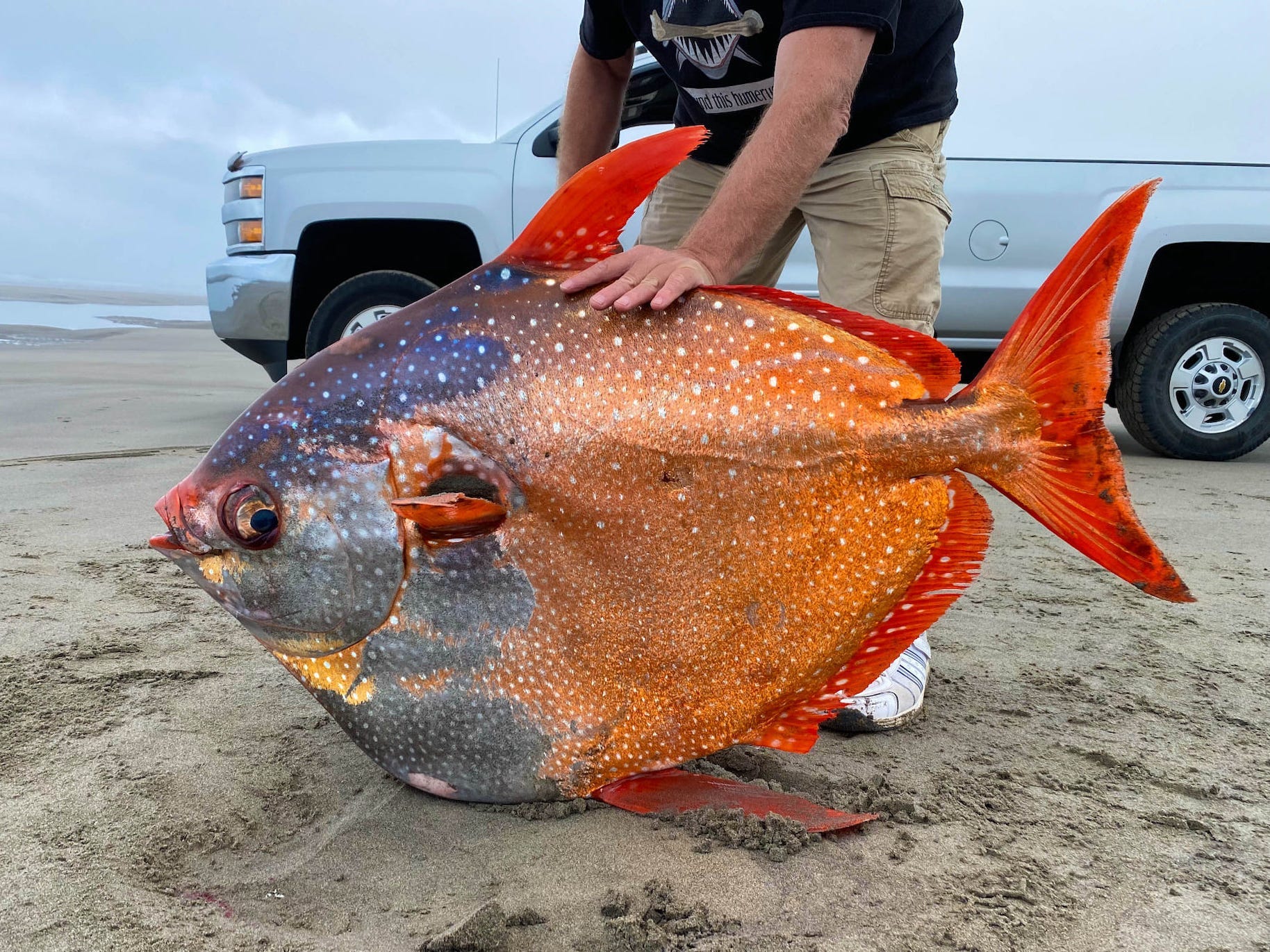 A 100-pound tropical fish was found on an Oregon beach, surprising scientists.

Photos from the nearby Seaside Aquarium show the huge opah, also known as a moonfish.

The aquarium said the fish, found on Sunset Beach in Seaside, was "rare to the Oregon Coast."

Tiffany Boothe, the aquarium's assistant manager, told The Washington Post that it was the first opah she had seen in beaches in the area.

The National Oceanic and Atmospheric Administration (NOAA) says the fish live deep in the ocean, and are "found in tropical and temperate waters around the world." A more typical place to find one would be Hawaii.

Heidi Dewar, a NOAA research biologist, told the Post that the find was surprising: "I wouldn't expect an opah that size to normally be off Oregon."

The aquarium said the fish, which was found dead, would be frozen, and that later this year "one lucky school group will get the chance to dissect this large fish."

NOAA says little is known about opahs since they have not been extensively researched.