Skip to content
Republicans blocked a bipartisan commission to probe the Capitol riot, and now won't participate in a House inquiry on the basis that it's too partisan. ... 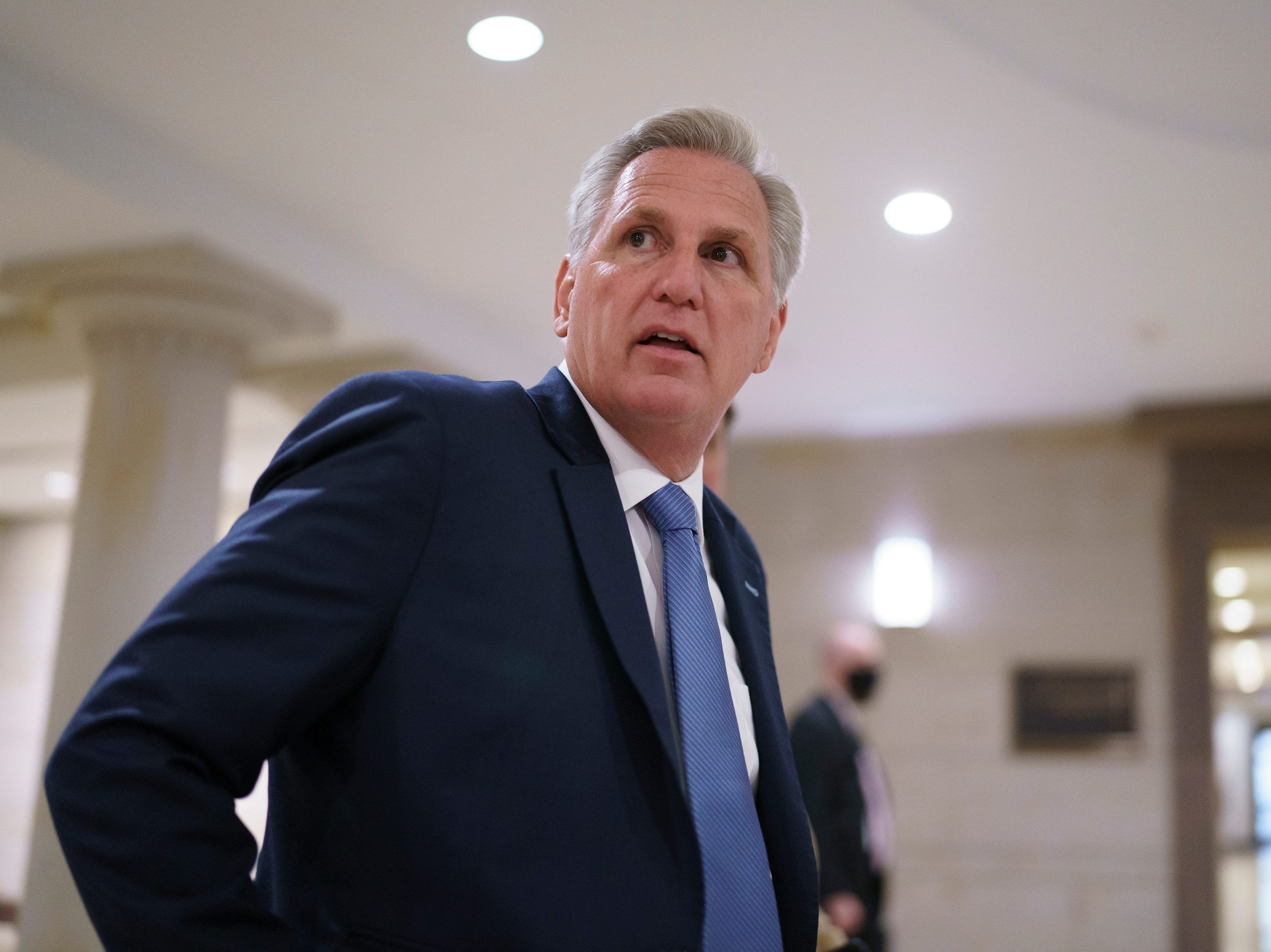 House Minority Leader Kevin McCarthy on Wednesday said House Republicans will conduct their own investigation into January 6 after House Speaker Nancy Pelosi rejected two of his recommendations for the House select committee to investigation the Capitol insurrection.

In response to Pelosi's announcement that she would not accept GOP Reps. Jim Banks and Jim Jordan as members of the committee, McCarthy said none of the five Republicans he recommended would participate unless the House Speaker reversed course.

"We will run our own investigation," McCarthy said during a news conference. It's unclear precisely what this will mean, though McCarthy emphasized that Republicans want to look into law enforcement failures on the day of the insurrection.

"Why was the Capitol so ill-prepared for that day … and what have we done to make sure that never happens again?" McCarthy said.

McCarthy blasted Pelosi for running what he decried as a "sham process," accusing the House Speaker of making the House committee too partisan. But Republicans also blocked the formation of a bipartisan, independent commission to investigate the January 6 insurrection, which is what led the Democratic-led House to vote in favor of forming the committee.

The House committee will still include one Republican selected by Pelosi earlier this month – Rep. Liz Cheney of Wyoming. Cheney was among the 10 House Republicans who voted to impeach former President Donald Trump. She's faced backlash from fellow Republicans for refusing to embrace Trump's false claims about the 2020 election, and was ousted as GOP conference chair in May.

This article is breaking and will continue to be updated.