Skip to content
Here are some interesting things we have noticed at the official presentation of Russia's new Checkmate light stealth fighter. ... 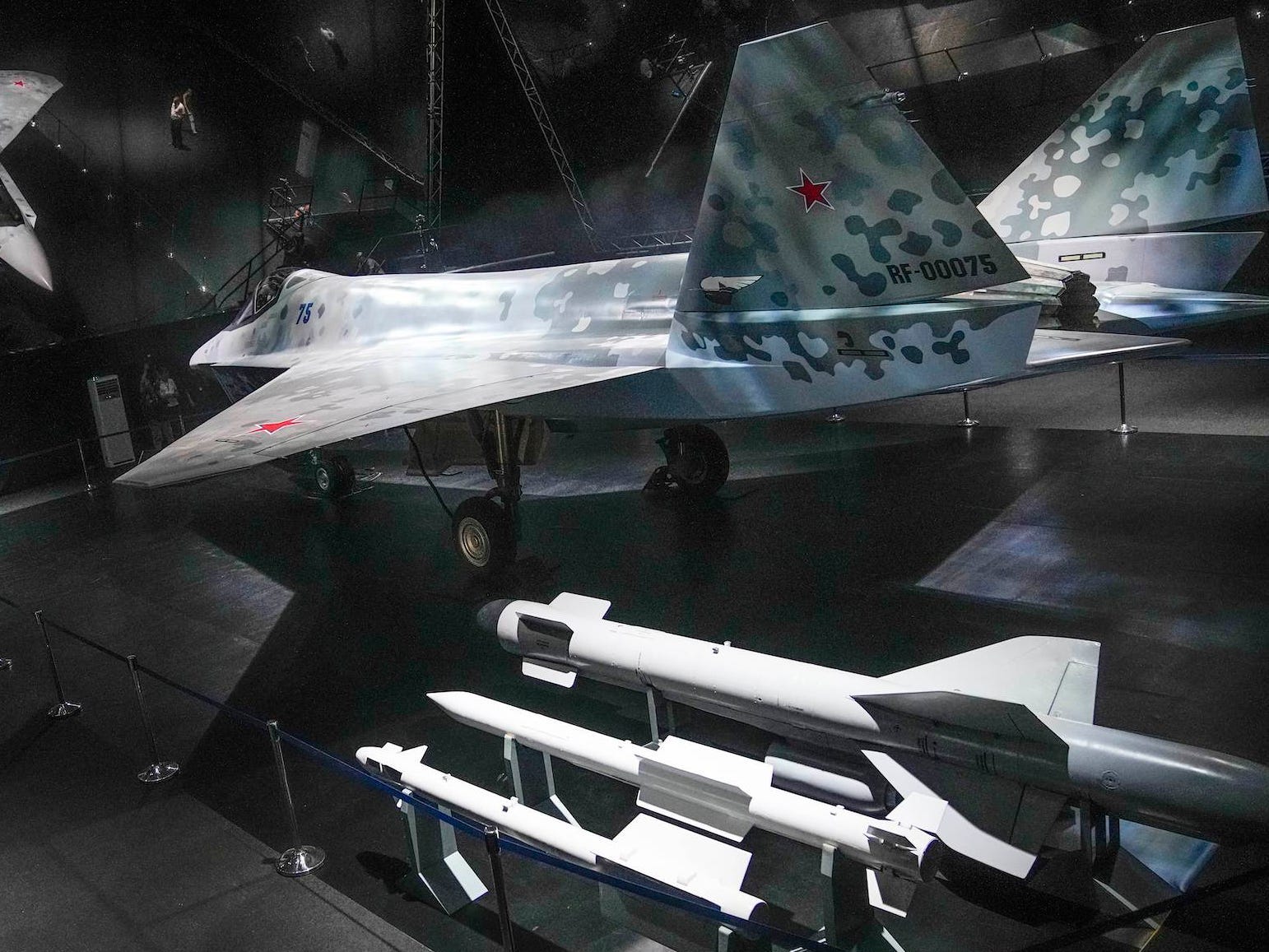 The much awaited official unveiling of the Sukhoi "Checkmate", Russia's new 5th-generation fighter aircraft was held on July 20, 2021 at MAKS 2021 airshow in Zhukovsky, near Moscow.

The event was streamed online on Youtube by Rostec, Russia's state aerospace and defence conglomerate, and, despite the quality of the feed and the fact that all the commentary was in Russian, this gave us an opportunity to virtually attend the presentation.

While the general shape of the new single seater stealthy aircraft had already been revealed by photos taken as the aircraft (actually, a mock up of it) was being moved to be prepared for the presentation last week, today's official unveiling, preceded by a visit by President Vladimir Putin, provided an opportunity for a closer look at the Checkmate and gather some additional details.

First of all, the presentation highlighted the advanced technology the aircraft is going to embed: The fifth-generation lightweight single-engine fighter is said to "combine innovative solutions and technologies, including artificial intelligence support for the pilot's work, as well as proven solutions that have already proven themselves in practice. The fighter has low visibility and high flight performance. Supercomputer technologies are widely used in the work on the LTS Checkmate project."

The presentation also mentioned voice command capability and showed a glass cockpit with a wide angle HUD (Head Up Display).

An AESA radar housed in the new aircraft's nose section was shown, along with missiles in the side weapons bay.

Interestingly, a wide array of weapons was listed among those that could be carried by the multirole aircraft (believed to be developed with an eye on the export market based on the brief promotional video featuring pilots from UAE, India, Vietnam and Argentina, released in the last few days): RVV-MD and -SD air-to-air missiles, KH-38MLE air-to-surface missile, Kh-58UShKE anti-radiation missile, GROM E-1 and E-2 air-to-surface munitions, the KAB-250LG-E LGB (Laser Guided Bomb), the K08BE (500 kg) and K029BE (1500 kg) satellite-guided bombs and the S-8, S-13 rockets.

We have certainly missed some additional interesting things (we can't understand Russian…), but you can watch the whole presentation again here.

Needless to say, the aircraft is still a mock up based on a concept and a lot of work will have to be done to translate all the nice capabilities mentioned in the promotional videos and presentation into a real, flying thing.