Skip to content
WeWork founder Adam Neumann told SpaceX's Elon Musk getting to Mars was the easy part but "building community" would be hard, "The Cult of We" says. ... 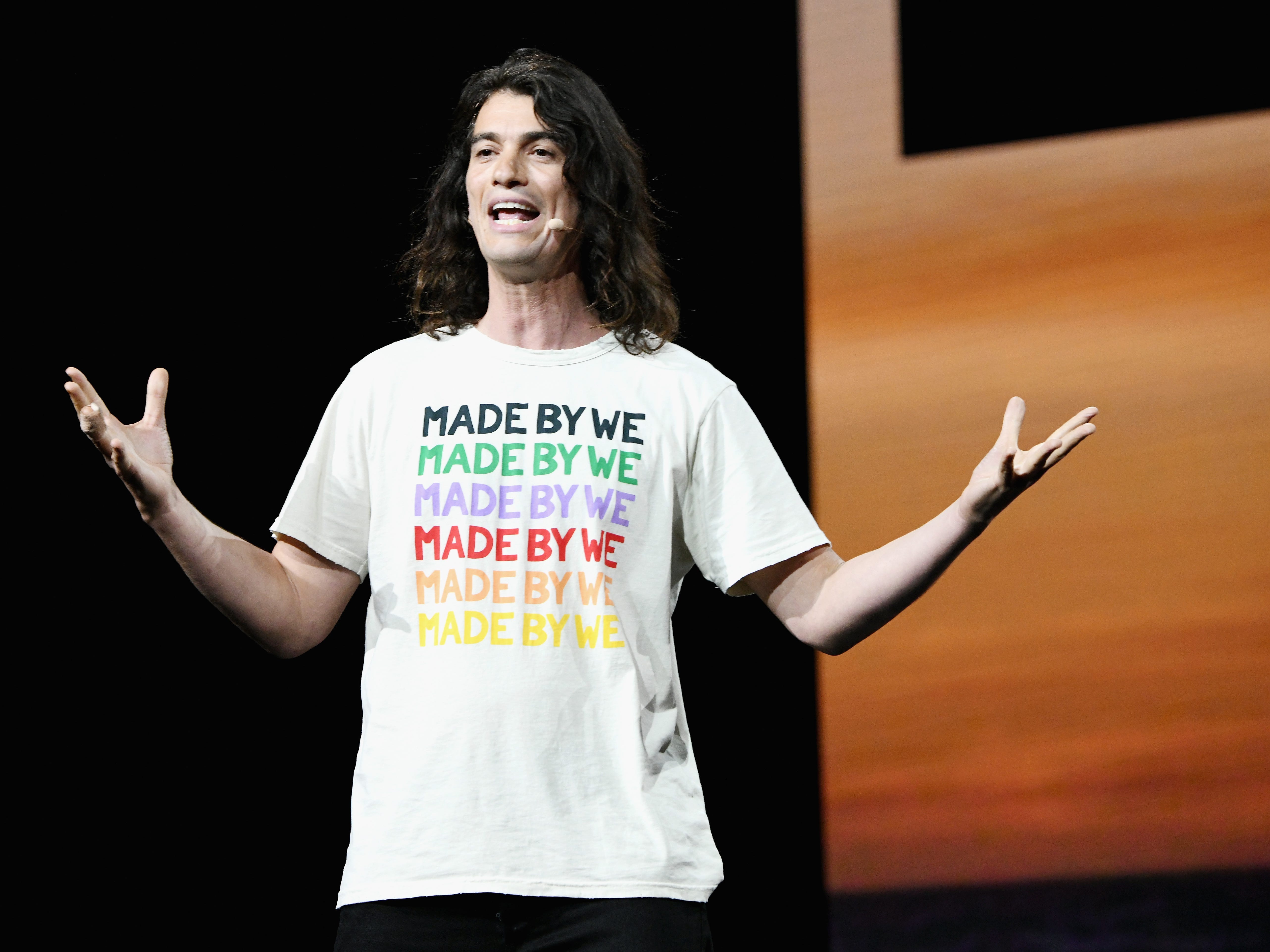 Neumann once told SpaceX CEO Elon Musk, whom he considered an idol, that getting to Mars was the easy part, but building community there would be difficult, according to "The Cult of We: WeWork, Adam Neumann, and the Great Startup Delusion."

Musk "was unimpressed and lectured Neumann about how getting there was, in fact, the hard part," the book says, citing Neumann's recollection of the meeting to staff.

In another meeting with a high-profile CEO, Neumann again demonstrated implausible thinking. He proposed to Airbnb CEO Brian Chesky that their companies work together to build 10,000 apartments to rent on Airbnb, the book says. When Chesky replied that the number was small compared to Airbnb's millions of rentals and thus not worth pursuing, Neumann offered a much higher number: They should build 10 million apartment units, he said. At the $100,000 cost they'd discussed to build each unit, this meant the project would require $1 trillion.

Before a meeting with Apple CEO Tim Cook, Neumann "asked aides if he should get his hair done, noting that Cook was gay," the book says.

He wanted to raise $100 billion by the end of 2018 for a nascent investment fund, called ARK, which Neumann hoped would become the world's largest property owner. It took Blackstone, the world's biggest real estate fund manager, more than 30 years to reach $100 billion in real estate assets, the book says.

In 2018, Neumann told executives WeWork's future was three-pronged: The company would have its core office space business, the investment fund ARK, and real estate services, such as cleaners or building security, according to the book. He said each would be a $1 trillion business.

The effort was part of Neumann's quest to control the entire real estate market, the book says. He wanted to at once build, own, and lease buildings, as well as rent apartments, rather than shell out money for others to do so. To achieve this, he asked SoftBank CEO Masayoshi Son for an astonishing $70 billion, the book says. The size of SoftBank's entire Vision Fund — its investment arm that had already poured billions into WeWork — was $100 billion.

Son also wrote that WeWork would be worth a whopping $10 trillion by 2028, the book says; the figure was one-third of the value of the US stock market in 2018. Earlier this year, WeWork announced it would go public via an SPAC deal that values it far lower, at $9 billion.

Son's confidence in WeWork plummeted after the company imploded in 2019 following a failed IPO attempt. The SoftBank CEO would go on to say he was "foolish" and "wrong" to invest in WeWork.