Skip to content
Videos shared by the National Oceanic and Atmospheric Administration earlier this week show smoke pluming into the air from the Bootleg Fire. ... 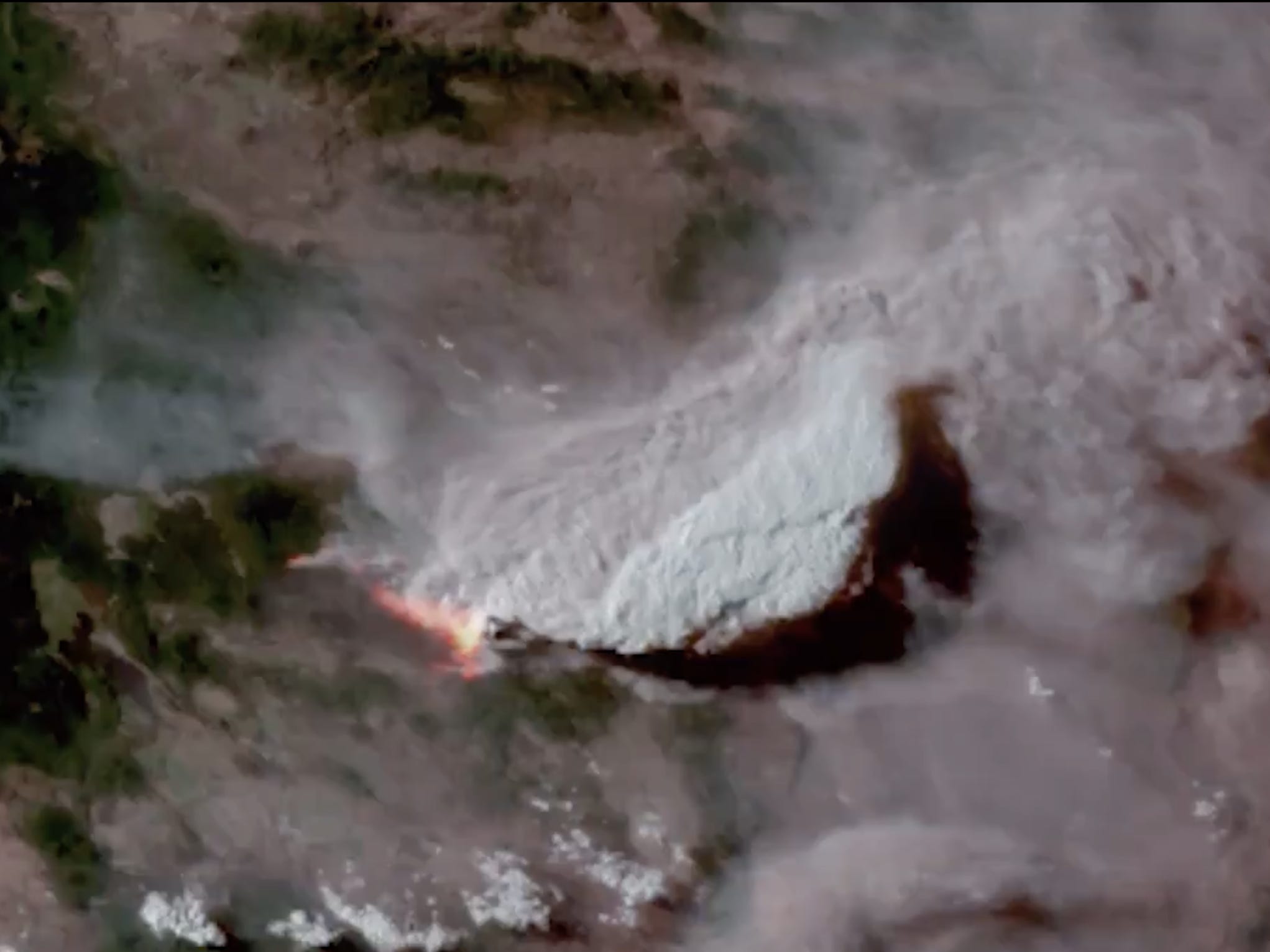 The Bootleg Fire that has scorched more than 600 square miles in Oregon is so big it can be seen from space.

Videos shared by the National Oceanic and Atmospheric Administration earlier this week show smoke plumes rising into the air from the Bootleg Fire. The fire has burned over 360,000 acres, officials said.

InciWeb, the national incident information system for wildfires, reported that as of Tuesday morning, the Bootleg Fire was only 30% contained. The fire may not be fully contained until November, NOAA said.

The Bootleg Fire has also been producing its own weather, as pyrocumulonimbus storms have formed from the clouds created by the smoke from the fire. The clouds can spawn fire tornadoes or cause lightning strikes that can spread fire.

The fire clouds are creating multiple pyrocumulus clouds that can grow up to six miles high and can be seen from 100 miles away.

Authorities have said that the clouds are forming every day between 3 p.m. and 5 p.m. local time.

"The fire is so large and generating so much energy and extreme heat that it's changing the weather," Marcus Kauffman, an Oregon forestry department spokesman, told The New York Times on Monday. "Normally the weather predicts what the fire will do. In this case, the fire is predicting what the weather will do."

The videos were taken by NOAA's GOES-17 environmental satellite, which monitors weather in the Western Hemisphere. The satellite has an orbit height of more than 22,000 miles.