Skip to content
"Army of the Dead" is the latest Netflix original to break into the streamer's list of its most popular movies. ... 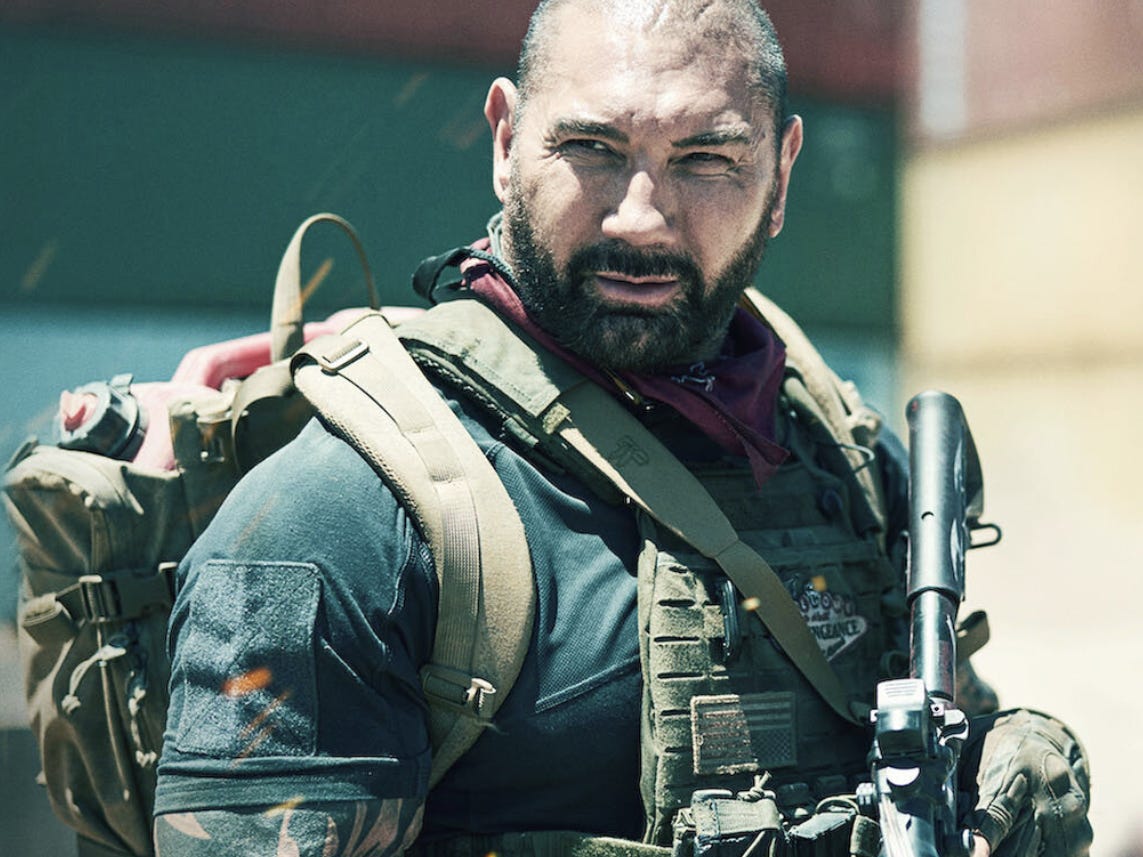 Description: “A widowed new dad copes with doubts, fears, heartache and dirty diapers as he sets out to raise his daughter on his own. Inspired by a true story.”

What critics said: “The appeal of Fatherhood really boils down to its title, the resilience of the human spirit, and Hart being bold enough — like his alter ego — to think that he can do this. And like Matt, by the time it’s over, he’s demonstrated that he pretty well can.” — CNN

Description: “After a zombie outbreak in Las Vegas, a group of mercenaries takes the ultimate gamble by venturing into the quarantine zone for the greatest heist ever.”

What critics said: “Snyder understands the tonality of a modern zombie film. Like Dawn of the Dead, it’s where his trademark snark shines best.” — Polygon

Description: “An ex-soldier, a teen and a cop collide in New Orleans as they hunt for the source behind a dangerous new pill that grants users temporary superpowers.”

What critics said: “A film built on the thrill of the now, the hyper-modernity on show in hip-hop trappings, tricks lifted from gaming and yes, the availability of the whole thing at the push of a button in the palm of your hand.” — Financial Times

What critics said: “‘Enola Homes’ is the kind of movie that the preteen set will surely delight in and watch over and over. I know I would have.” — Associated Press

Description: “On a long-awaited trip to Europe, a New York City cop and his hairdresser wife scramble to solve a baffling murder aboard a billionaire’s yacht.”

What critics said: “Every Adam Sandler comedy abides by a trope as hoary as ‘the butler did it.’ At some point in the shenanigans, Sandler’s schlub has gotta get a chance to prove he’s the bravest boy in the world.” — Variety

Description: “After faking his death, a tech billionaire recruits a team of international operatives for a bold and bloody mission to take down a brutal dictator.”

What critics said: “This is a terrible action movie that utilizes Michael Bay’s worst instincts and none of his best.” — Newsday

Description: “Spenser, an ex-cop and ex-con, teams up with aspiring fighter Hawk to uncover a sinister conspiracy tied to the deaths of two Boston police officers.”

What critics said: “An ending that teases the possibility of sequels, with Wahlberg’s Spenser tackling more cases of police officers and emergency personnel who have been falsely accused of crimes, should elicit nothing but groans.” — AV Club

Description: “Five years after an ominous unseen presence drives most of society to suicide, a survivor and her two children make a desperate bid to reach safety.”

Description: “A hardened mercenary’s mission becomes a soul-searching race to survive when he’s sent into Bangladesh to rescue a drug lord’s kidnapped son.”