Skip to content
Some astronauts realize how fragile the Earth is when they see it from space - known as "the overview effect." Bezos hoped to have that same feeling. ... 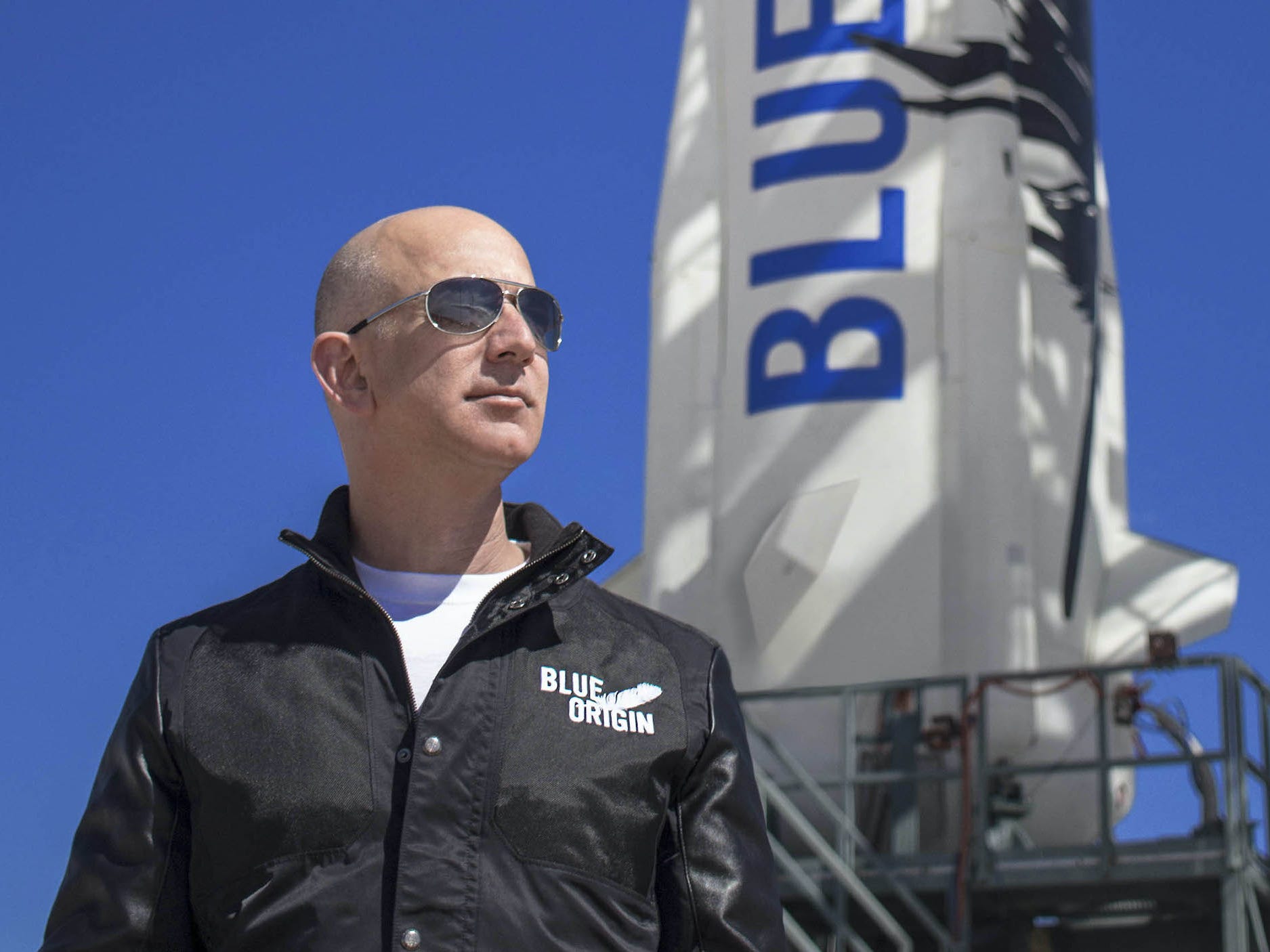 When NASA astronaut Alan Shepard saw Earth while walking on the moon in 1971, he cried. Other astronauts who've viewed our planet from space have described feelings of awe, unity with the rest of humanity, and an appreciation for the spinning orb that supports our species.

Bezos, the world's richest man and founder of spaceflight company Blue Origin, accompanied three other passengers to the edge of space on Tuesday morning. The crew experienced weightlessness for just three minutes while in zero gravity.

"Every astronaut, everybody who's been up into space, they say that it changes them," Bezos said during a press conference following the launch. "And they're kind of amazed and awestruck by the Earth and its beauty, but also by its fragility. And I can vouch for that."

Experts call overwhelming feelings when seeing Earth from space "the overview effect," according to David Yaden, a psychiatry and behavioral sciences research fellow at Johns Hopkins University School of Medicine.

Bezos didn't travel nearly as far as most astronauts, though: The billionaire rode a New Shepard rocket up to the Kármán line – an imaginary boundary 62 miles (100 kilometers) above sea level, where many experts say space begins.

But Yaden told Insider "there are no specific boundaries for how high one's perspective must be in order to experience the overview effect." (When space writer Frank White coined the term in 1978, he argued that even people in planes could experience it.)

Still, Yaden isn't sure if a 10-minute flight is enough to profoundly change the billionaire's perspective. Only time will tell if Bezos really experienced a cognitive shift after viewing Earth from above, he said.

"Most astronauts talk about the view and how it transformed their values," Yaden said. "I think the test of whether Bezos's flight was a glorified roller-coaster ride or whether it was more like true space flight will be determined from his actions going forward, especially regarding his commitment to scientific, environmental, and humanitarian causes."

Was Bezos awed by the view or his place in the universe?

In a 2016 paper, Yaden and his colleagues concluded that the feeling of awe was a key aspect of the overview effect.

That feeling, according to Yaden, is triggered by the sweeping scenery of Earth from space, but also by the realization that everything humans care about is contained in a tiny, fragile sphere.

"I have little doubt that Bezos experienced awe from perceptual vastness – it must be quite a view up there!" Yaden said. "But did he experience conceptual vastness from realizing that we are all in this world together and that Earth's situation is fragile?"

Astronauts who conduct missions on the International Space Station, for example, report experiencing both. That's because they are in space for much longer periods of time, and are contributing to science by performing experiments in space, Yaden said.

"I think listening to Bezos's self-report is one way of assessing his experience, but assessing his actions going forward will be another, probably more important, way of determining whether he experienced the overview effect in the way that so many astronauts over the years have described," Yaden said.

One of the tickets for Tuesday's launch originally sold for $28 million. But Bezos said he wants to make the experience of viewing Earth from space accessible to more people.

Blue Origin plans to fly tourists into space regularly on New Shepard, but has yet to open ticket sales.

"This is the only good planet in this solar system," Bezos said on Tuesday. "And we have to take care of it. And when you go into space and see how fragile it is, you'll want to take care of it even more. And that's what this is about."

Traveling to space, he added, "reinforces my commitment to climate change, to the environment."

Yaden said feelings of intense awe generally result in positive mental health outcomes for people: "The sense of self can temporarily fade into feelings of connectedness with other people and the world."

But he doesn't think it's a sufficient justification for flights like Bezos's.

"I am all for space science and engineering, but given the pollution and expense of these commercial flights, it is hard to justify them on the basis if the overview effect," he said.