Skip to content
The Amazon billionaire said in an interview with MSNBC that his Blue Origin sub-orbital spaceflight reinforced his intention to fight climate change. ... 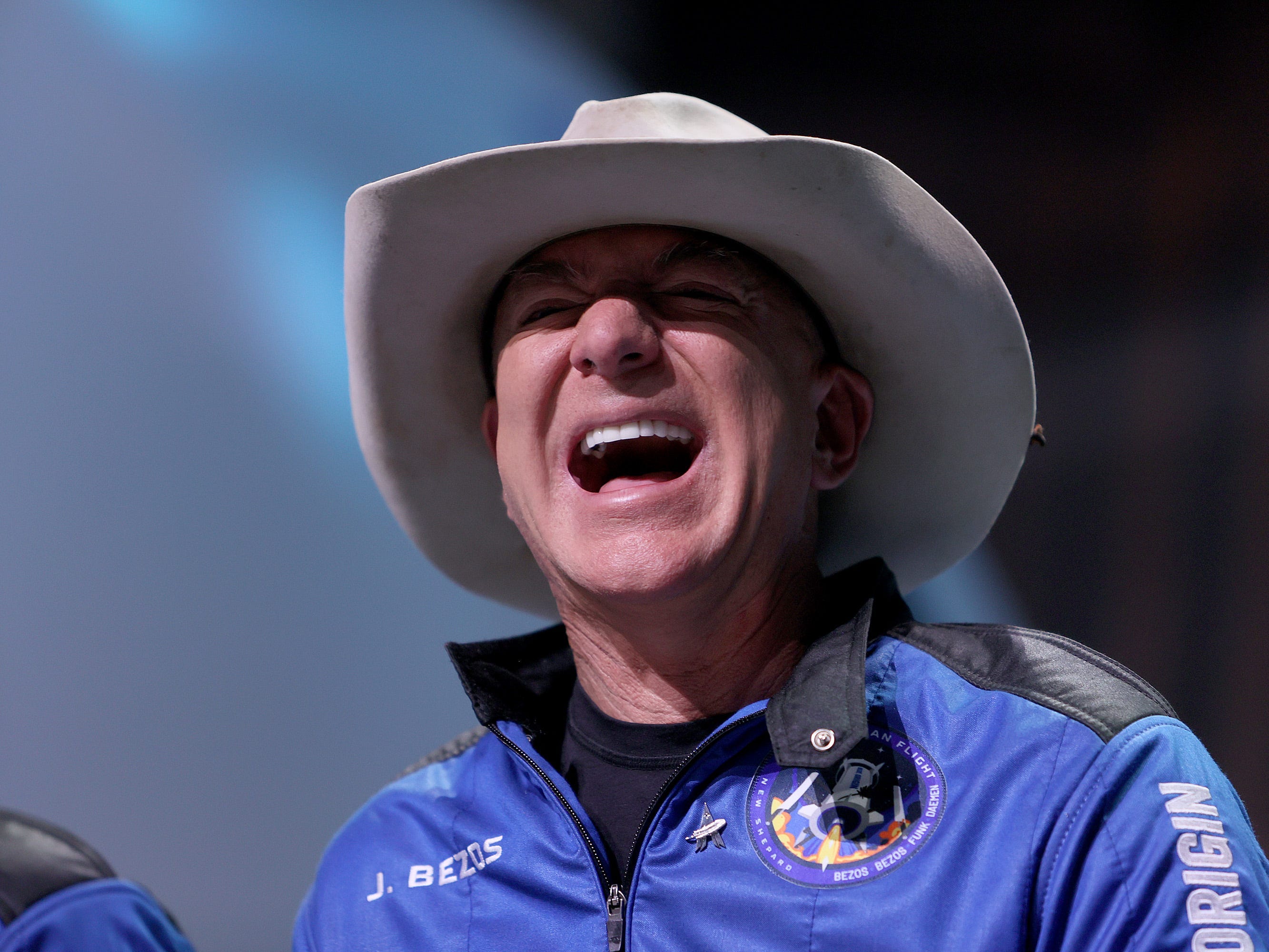 Newly-minted astronaut Jeff Bezos said Tuesday that the entire "polluting industry" must be moved into space in order to preserve the Earth.

"We need to take all heavy industry, all polluting industry, and move it into space. And keep Earth as this beautiful gem of a planet that it is," the Amazon founder said during an interview with MSNBC following his quick journey to space and back aboard Blue Origin's New Shepard rocket.

The billionaire businessman explained that the massive undertaking would "take decades to achieve, but you have to start. And big things start with small steps."

Bezos – who is the wealthiest person on Earth – said his sub-orbital flight to the edge of space reinforced his desire to fight climate change.

"We live on this beautiful planet. You can't imagine how thin the atmosphere is when you see it from space," said Bezos. "We live in it, and it looks so big. It feels like, you know, this atmosphere is huge and we can disregard it and treat it poorly. When you get up there and you see it, you see how tiny it is and how fragile it is."

Traveling to space, Bezos said, "reinforces my commitment to climate change, to the environment."

The trip to the edge of space lasted about 11 minutes.