Skip to content
After months of surging prices, prospective homebuyers have had enough. Surveys and mortgage data suggest they're cooling the market on their own. ... 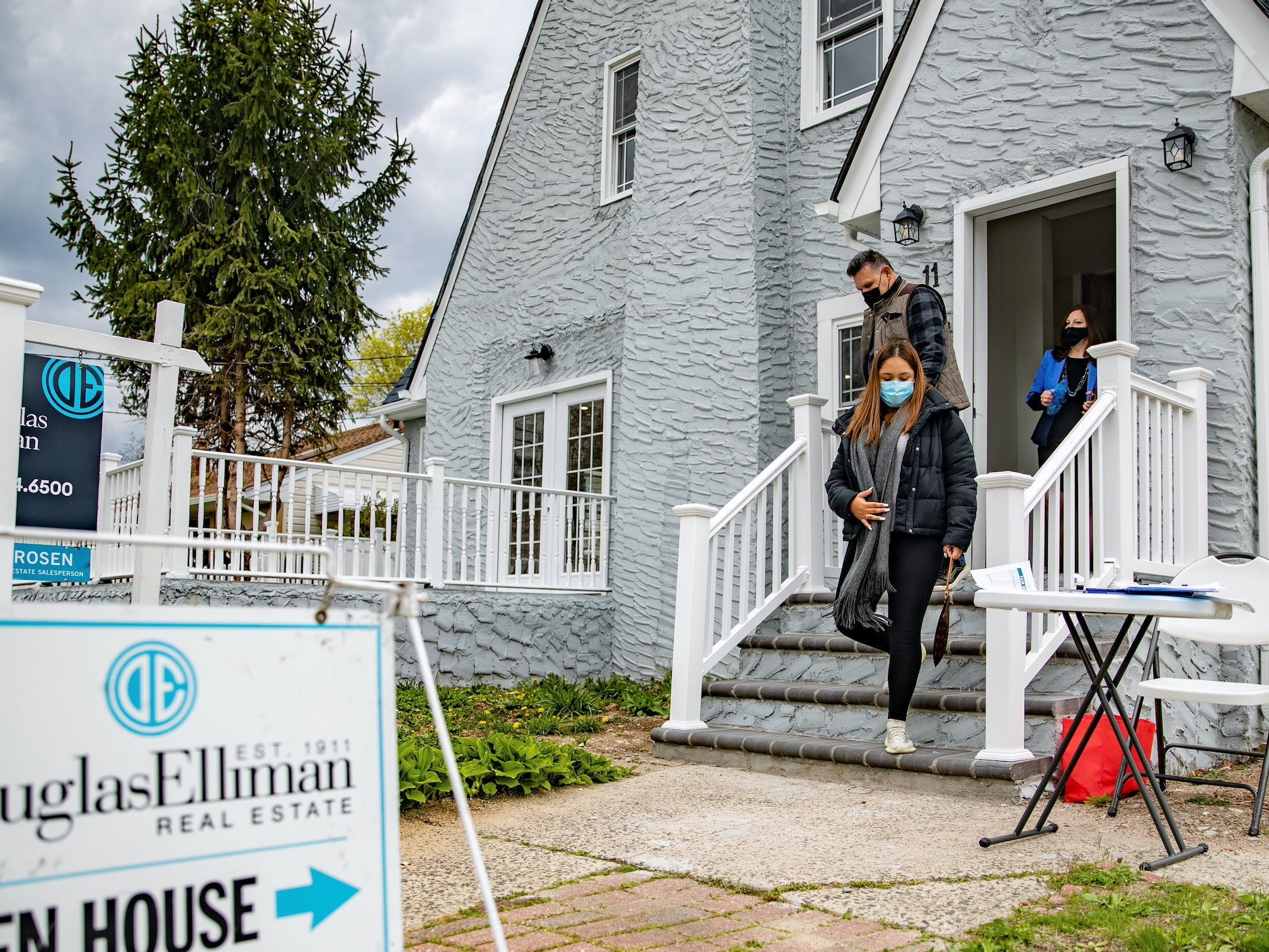 One question is plaguing prospective homebuyers in this red-hot housing market: When will prices start coming down? But the cure for high prices is high prices, to paraphrase a famous saying from the commodities world.

There's evidence that buyers are providing the cure, staying away from the high prices and cooling the market by collective action – or inaction.

Here are the three signs that American buyers are slowing the housing market's roll on their own.

1. Sales down from their peak

The start of the pandemic, and unprecedented easing from the Federal Reserve, sparked the housing boom. Sales of new and previously owned homes still sit well above pre-pandemic levels, but both have slowed from their fall peaks.

The Mortgage Bankers Association reported that in June, new home sales slowed to an annual rate of 708,000, slumping by 7% from the average rate in 2020.

Construction of new houses has stalled out too. The Census Bureau reported Tuesday morning that new housing starts slipped 5% between May and June, suggesting a slowdown in building. Bidding wars may also be slowing down. Redfin has seen a decline in the share of offers facing competition, with 72.1% of offers facing bidding wars in May, compared to just 65% in June.

The decline is powered, in part, by the massive shortage of homes across the US. With fewer homes to sell, the sales rate can't remain at elevated levels.

Still, the steady decline suggests the market boom could be leveling off. It also comes as median selling prices for new and existing homes sit at record highs, presenting an affordability problem for buyers just entering the market.

The wave of demand that powered the housing boom also seems to be crashing.

More than half of surveyed Americans referenced high home prices when evaluating the market, according to the University of Michigan's survey of consumer sentiment. The reading marks the biggest share ever recorded by the survey.

More broadly, 54% of respondents said it was a bad time to buy homes in May. That's the most pessimistic outlook since 1982.

Anecdotal evidence supports the data. Eighty-two percent of millennials said in May they're more likely to buy a fixer-upper due to affordability issues, according to a Bank of America survey. The generation is particularly vulnerable to the price melt-up. Millennials are nearing their peak homebuying age and already had their finances dented by the Great Recession. Unless price growth cools, the generation could be forced into cheaper alternatives to homeownership.

It's not all bad for prospective homebuyers, though. Mortgage rates have only just risen from the record lows seen earlier in the year, offsetting some pressures from soaring prices.

Home loan data suggest the trade-off just isn't appealing enough for buyers. The Mortgage Bankers Association found that mortgage applications for new homes were down 23.8% in June from the previous year.

Forecasts suggest the trend is part of a larger correction. Mortgage applications surged through the second half of 2020, possibly reflecting a pulling forward of demand as borrowing costs tumbled. But loan purchases have fallen below their projected trend through much of 2021, Len Kiefer, deputy chief economist at Freddie Mac, wrote in a tweet.

To be sure, housing data is volatile, and recent readings suggest the buying surge will largely continue. Pending home sales soared 8% in May, trouncing the estimate for a 1% decline.

The long-term expectation, however, is for a widespread slowdown, said Ian Shepherdson, chief economist at Pantheon Macroeconomics.

"The surge in pending home sales is a huge outlier," he said. "We still think sales will fall a bit further over the next few months, pushing up the months' supply numbers and taking some of the heat from surge in prices."