Skip to content
On July 20, Bezos and three other passengers will spend just three minutes at the edge of space aboard a Blue Origin rocket. ... 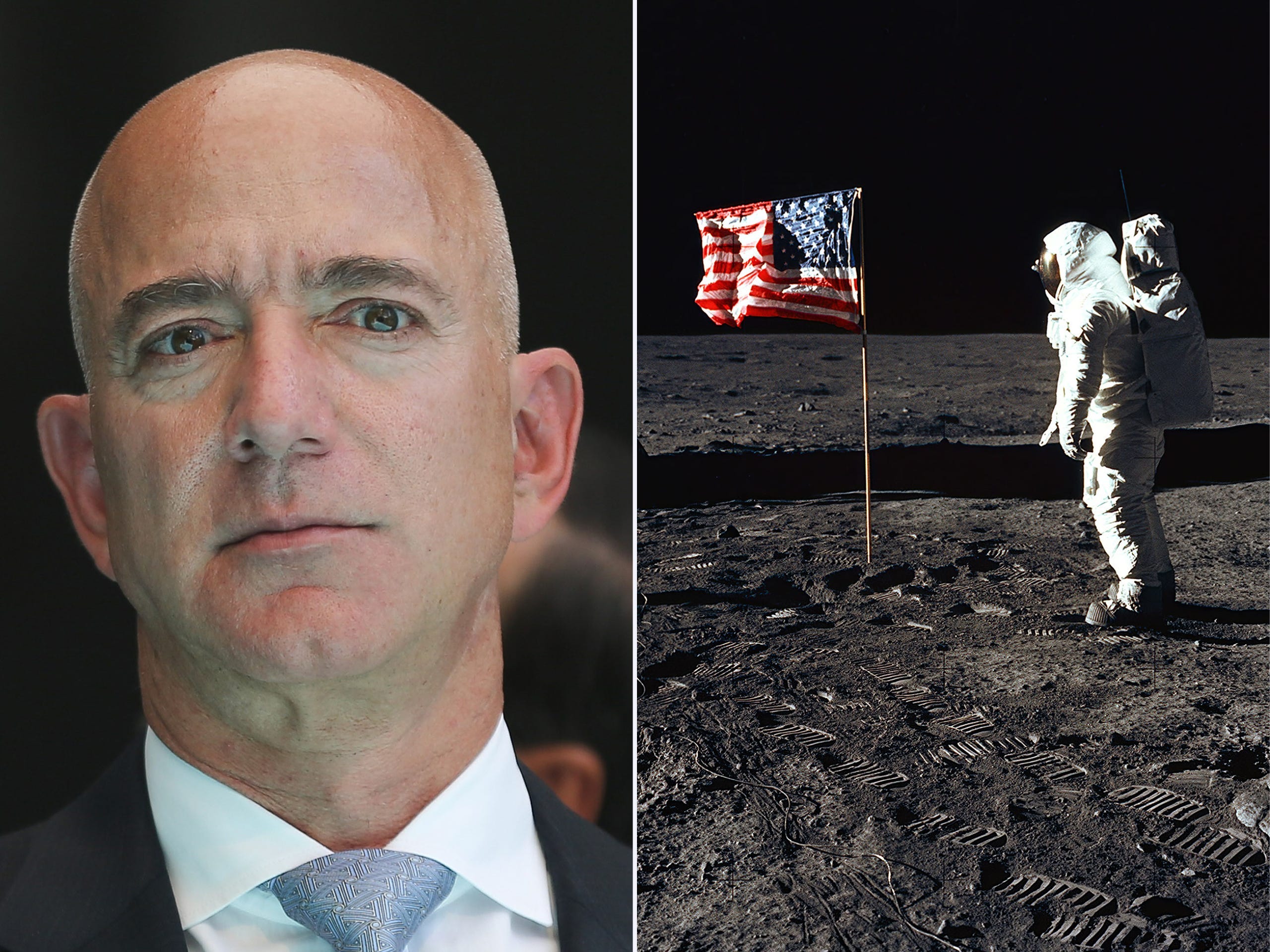 Jeff Bezos' trip aboard a Blue Origin rocket on Tuesday will take place on a fortuitous day in space history.

The 11-minute trip 62 miles above Earth will take Bezos to the edge of space. Inside Blue Origin's New Shepard spacecraft, Bezos, his brother Mark, 82-year-old aviator Wally Funk, and Dutch teen Oliver Daemen will have three minutes to float around the spacecraft and view Earth from afar – or gaze into the depths of outer space.

While it could be a risky trip for the world's richest person and ex-CEO of Amazon, the date of the trip – July 20 – has pretty good mojo: It's the anniversary of the first humans landing on the moon 52 years ago.

On July 16, 1969, Neil Armstrong, Michael Collins, and Buzz Aldrin blasted off from the Florida coast with the mission of landing on the moon and collecting samples of its surface. Four days later, on July 20, Armstrong and Aldrin set foot on the moon, planting the American flag and capturing iconic footage of their voyage.

Read more: Space vacations will soon be an option for people with 6 figures to burn. These are 4 companies leading the industry.

Now, decades later, Bezos will fulfill a childhood ambition to visit space on the same date. Bezos' interest in space stems from his maternal grandfather, Lawrence Preston Gise. According to Brad Stone's book, "Amazon Unbound," Gise spent the 1950s and 1960s working on space technology and missile defense systems for the Atomic Energy Commission, a federal agency that was created in 1946 to manage the use of nuclear energy for both civilian and military applications. A young Bezos used to travel to Gise's South Texas ranch each summer where he would watch Apollo launches and read science fiction books from the library, according to Stone's book.

As an adult, Bezos took his love of space to the next level: First, with the founding of Blue Origin in 2000, a rocket company focused on getting humans to the moon. Then, in 2013, Bezos, his brother, his brother-in-law, and his parents spent three weeks at sea recovering pieces of the engine of the Apollo 11 spacecraft.

"We've seen an underwater wonderland," Bezos wrote of the experience, "an incredible sculpture garden of twisted F-1 engines that tells the story of a fiery and violent end, one that serves testament to the Apollo program."