Skip to content
Osteen is probably paying taxes. The outrage over his wealth and low taxation comes amidst a national moment of reckoning - and photos of his Ferrari. ... 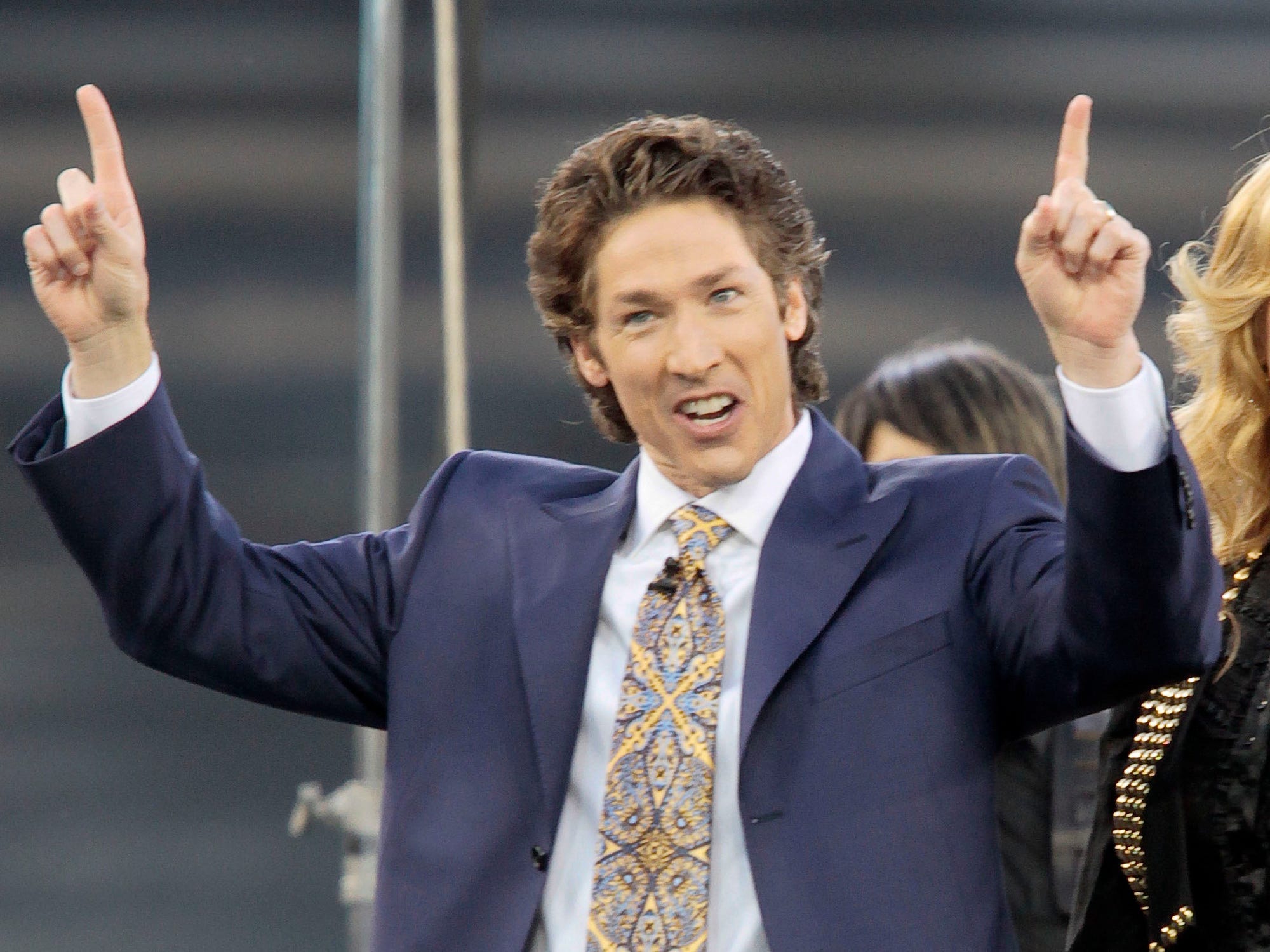 Celebrity pastor and author Joel Osteen is drawing ire online over a Ferrari. Twitter users are up in arms over the car's hefty price tag, which some claim is a whopping $325,000 (Osteen reportedly owns a Ferrari 458 Italia, according to the Houston Chronicle).

It also ignited debate over the summer's hottest topic: taxes. Following the Ferrari incident, #TaxTheChurches started trending, alongside claims that Osteen does not pay taxes. Turns out, these claims probably aren't exactly true.

"Joel Osteen pays lots and lots of taxes because his book sells," Ryan Burge, a pastor and an associate professor of political science at Eastern Illinois University, told Insider.

Osteen, one of the country's most famous pastors due to his wide-reaching broadcasts, books, and celebrity worshippers, hasn't taken a salary from the Lakewood Church since 2005, according to the Houston Chronicle. Instead, royalties from his cadre of bestselling books likely pay for his lavish car and home, and experts told Insider that he likely pays taxes on them.

Rumors of his failure to pay taxes are likely conflated with the fact that his church – which reportedly can bring in upwards of $80 million in donations and has had $90 million in operating expenses – is largely exempt from paying taxes. The hullabaloo over Osteen's car is another example of backlash, amidst historic inequality in the US, against the ultra-wealthy pastor, who is one of the most famous figures associated with "prosperity gospel" or the idea that financial success is the result of faith in God.

Joel Osteen Ministries did not immediately respond to Insider's request for comment.

Osteen makes a lot of money off books, and probably pays taxes on that income

The annual salary for Osteen's role would be $200,000, according to the Indy Star, but he hasn't drawn that in over a decade.

Osteen's larger-than-life lifestyle is likely propped up by speaking engagements and royalties from his books, the first of which came out in 2004 and sold more than 8 million copies, according to Publisher's Weekly. The Christian Post reported that the multi-million dollar deal for his second book was greater than the $8.5 million Pope John Paul II got.

In addition to his Ferrari, Osteen owns a $12 million home according to an extensive profile in the Houston Chronicle. He and his wife reportedly paid $247,000 in property taxes in 2017.

Churches pay little in taxes in the US

Churches like Texas's Lakewood Church are largely tax exempt with the exception of paying payroll and social security taxes to their staff, according to Burge.

Jared Walczak, the vice president of State Projects at the Tax Foundation, said that clergy do pay taxes on their income. The only tax benefit open to clergy that most other people can't take advantage of is a "parsonage allowance" – essentially a housing allowance.

"It is possible to exclude a certain amount from gross income if it is structured as either providing a parsonage for a pastor or providing an allowance for housing for a primary minister," Walczak said. But he noted that that generally benefits ministers at smaller churches. According to the Chronicle, Osteen's home is not designated as a parsonage.

While Osteen is probably paying taxes, the outrage over wealth inequality and unfair taxation comes during a moment of reckoning.

The pandemic revealed – and, in many cases, worsened – the gaps between the wealthiest and poorest members of American society. While millions of Americans lost their jobs (and, in some cases, the unemployment benefits keeping them afloat), it was revealed that the wealthiest taxpayers had been hiding billions from the IRS.

Osteen's church saw its own finger-pointing amidst the debate over who, or what, merited government subsidies when it came under fire for receiving a $4.4 million loan from the Paycheck Protection Plan. The news inspired backlash, especially amidst Osteen's accumulation of personal wealth and the church's operating budget and donation apparatus.

In a statement to media outlets, David Iloff, a spokesperson for the church, said that the church hadn't applied for assistance at first, but eventually sought it out as pandemic-induced closures dragged on. Iloff said that the church was able to pay out salaries and health benefits to employees with the loan.

Walczak points out that service organizations like religious institutions or nonprofits are often obvious targets of anger over "ostentatious wealth."

"You will always have individuals, whether they are ministers or leaders of other organizations who attract negative attention for this, and that's unsurprising. But that doesn't mean that there is a tax issue."