Skip to content
Bezos told the "Today" show that he's traveling to space to help build "infrastructure" for future generations. ... 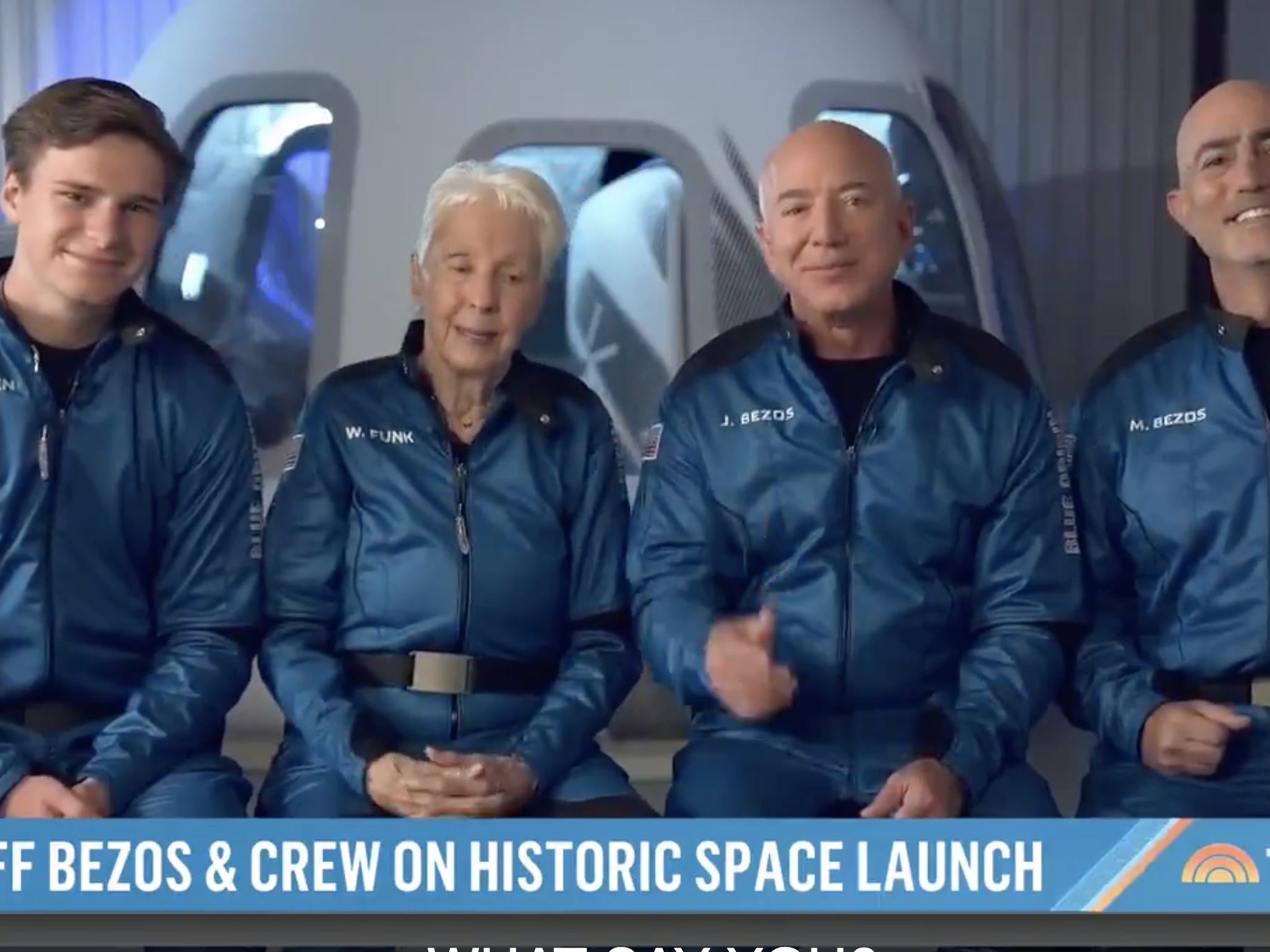 Jeff Bezos, the founder of Amazon and Blue Origin, defended himself Monday against claims that he and the other billionaires headed to space are just a group of "rich guys on a joy ride."

Bezos appeared Monday morning on NBC's "TODAY" show ahead of his flight to the edge of space on Blue Origin's New Shepard spacecraft Tuesday morning.

He appeared alongside his brother Mark, 82-year-old aviator Wally Funk, and 18-year-old Oliver Daeman, all of whom will accompany him and the New Shepard flight crew when the rocket takes off from Texas on Tuesday.

When asked by "TODAY" anchor Hoda Kotb to respond to claims that he and other billionaires, like Richard Branson, are just "rich guys on a joy ride" to space, Bezos said he's traveling to space to help build "infrastructure" for future generations.

"The young people today, the next generation – how are they going to use space?" he said. "Today, getting into space is so expensive that you can't do very many interesting things in space -it's just a small number of things you can do. They will invent new things to do. It's the job of this generation to build that infrastructure."

Branson, the billionaire founder of the Virgin Group, beat Bezos to space in a flight earlier this month, though Bezos is expected to travel further into space than Branson.

"People say we have so many problems on Earth, and they're right," Bezos said. "We need to do both. We've always done both. We need to focus on the here and now and we need to look to the future. So we're building a road to space so Oliver's generation can blow us away with amazing things and make life better here on Earth."

At a Sunday press conference, Blue Origin officials said the New Shepard spacecraft had undergone necessary safety checks and was ready for the launch at 8 a.m. local time Tuesday.