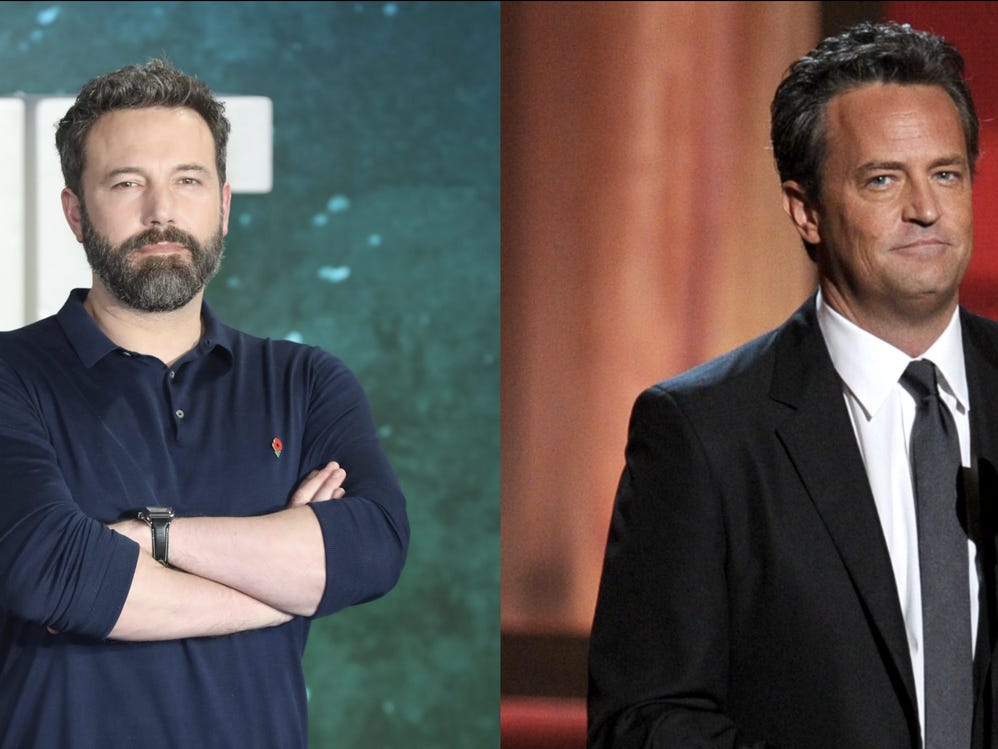 A string of videos that appear to show celebrities like Ben Affleck and Matthew Perry connecting with dating app users are sending chills through both the entertainment and dating app industries.

Since its launch in 2015, invite-only dating app Raya has advertised itself as an elite platform catering to the needs of celebrities. But in early May 2021, Nivine Jay, an actor and model, posted an explosive TikTok of a video purportedly sent to her by Ben Affleck after she says she unmatched with the actor on Raya. A few days later, Kate Haralson, a TikToker who is a personal assistant for reality TV stars Spencer and Heidi Pratt, similarly went viral by uploading a purported recording of a FaceTime session she said she had with Matthew Perry after matching with him on Raya in May 2020.

These incidents haven't just happened on Raya. In early June, Twitter user @Stardewlegend posted purported screenshots of "iCarly" actor Jerry Taylor's verified Bumble profile along with a tweet, "I did not expect dating in LA to be like this."

These videos have made headlines and received millions of views on social media, shattering any assumption of privacy on dating apps. As dating apps adjust to the reality of leaking, the features and innovations they implement may have a broader impact not only on their most high-profile users, but also everyday people looking for the perfect match.

Insider talked to publicists, dating apps, matchmakers, and influencers to explore how these recent exposures could transform online dating.

Kelly Cutrone, the founder of People's Revolution, a public relations agency, told Insider that celebrities using dating apps is a "bat—- crazy idea." She said that publicists should generally stay out of their clients' love lives, but that by using dating apps, celebrities were not just opening themselves up to potentially embarrassing scandals, but they were also making themselves vulnerable to people with bad intentions.

Don Aviv, the president of Interfor International, a security consulting service that works with celebrities, echoed Cultrone's stance and said he advises high-profile people to avoid these apps altogether. He cited concerns over hacks, fraud, and scams, and argued that regardless of how the app advertises itself, online platforms come with too many risks.

Other experts signaled that they were adjusting to stars seeking love in the digital realm. Howard Bragman, a Hollywood crisis manager, told Insider he believes celebrities are drawn to these platforms because they offer the chance to meet people outside of the entertainment industry. Since stars can't go to bars and nightclubs anonymously like civilians, they may relish the opportunity to find someone from the comfort of their home, he said.

"Celebrities are actual human beings who have feelings and would like to go out on dates and meet a loved one, so I don't see any reason they should be denied that," he said.

Bragman said his celebrity clients have told him about their dating app usage, so he's prepared for the media fallout in the event of a leak. Matt Yanofsky, a PR and brand specialist, told Insider that in the past, he and other publicists have assisted with curating clients' dating app profile pictures and interests and that in numerous cases, it's become an extension of their job of managing a client's public image.

Some influencers have found ways to navigate public-facing apps. Kazzy, a YouTuber with almost 470,000 subscribers, told Insider he refuses to give out his phone number and personal address.

Similarly, Gwen Singer, an Instagram influencer, told Insider that on Bumble and Hinge she goes by an entirely different name, doesn't link to her social media, and uses non-model photographs because of privacy concerns and to see if she can find a genuine connection without the anxiety that people are treating her differently.

"Let's see if you're really interested in talking to me and getting to know who I am," she said.

Others are moving away from traditional dating apps entirely.

Comedian Ashwin Jacob said he used to prefer Raya when it was more "curated," but that now, with more chats about networking and fears of being secretly recorded, Instagram is becoming the preferred dating app for many of his influencer friends.

TikToker Gene Park, who has over 460,000 followers, echoed Jacob's sentiment that Raya has started to lose its allure. He said that for many influencers, Instagram's direct messaging platform works as a dating app, although he's dealt with catfishing and scamming attempts on it "multiple times." He said he hoped ther was "another Raya that comes out soon, that is a lot more exclusive," with a better filtering process.

According to reporting from The New York Times, in 2018 Raya had an 8% acceptance rate and there were 100,000 people still on the waiting list.

Raya did not immediately respond to Insider's requests for comment.

Security concerns on apps are changing the face of online dating

Regarding celebrities' concerns over privacy, a Bumble spokesperson highlighted the app's Incognito Mode. Included in Bumble Premium, a subscription service that comes with a myriad of features and costs $32.99 a month, Incognito Mode allows users to only be visible to other users whom they swiped right on.

While this may make the app feel more exclusive and curated, it doesn't account for user behavior and hypothetically, Incognito matches are able to leak celebrity profiles to social media under the company's current privacy policy.

Some apps are trying to solve this problem. Founded in late 2020, Lox Club, a members-only dating platform for Jewish people, has drawn some buzz and celebrity investors like Bhad Bhabie and Lil Yachty.

According to co-founder Alex Lorraine, there are "around 50,000 people" on the app's waitlist. He cited his Lox Club's security measures, such as suspending users who screenshot too many times, and making it easy for people to contact his app to report abusive behavior. Lorraine told Insider there haven't been instances of leaks and believes that is thanks to the Lox Club's highly selective curation process which maintains its culture of privacy.

"If you curate your community from the start, you get people that aren't as willing to leak celebrity profiles," he said.

Lizz Warner, the founder and CEO of Gleam, a video-chat dating app that is currently only available in Los Angeles and New York City, told Insider that she had discussed the possibility of celebrity leaks with her team of developers. On Gleam, users can only communicate via scheduled video chat dates that solely exist within the app, and later, if there's compatibility, texts.

According to Warner, since the video chats live on the app and automatically turn off if someone starts a screen recording, it can potentially be helpful for celebrities who are concerned with privacy. She told Insider that in Los Angeles, a number of influencers have already joined.

Haralson, who leaked the purported video of Matthew Perry, said that while some people accused her of being the catalyst for Perry's split with his then-fiance, which she refutes, others responded positively, telling her she was highlighting the dating dynamic of how "easy it is for young girls to be wooed by these older men with money."

Multiple sources told Insider that they noticed that celebrities became more drawn to dating apps during the COVID-19 lockdown. As restrictions are lifted, dating will potentially go back offline, with people returning to mingling in dimly lit bars and parties. But these concerns of safety and privacy will surely persist, leaving an opening for the next crop of members-only apps to continue to sell the elusive promise of digital exclusivity.

To read more stories like this, check out Insider's digital culture coverage here.