Skip to content
In April, Robinhood reduced the annual salary of Tenev and Bhatt to $34,248, which was the 2019 median wage of US workers. ... 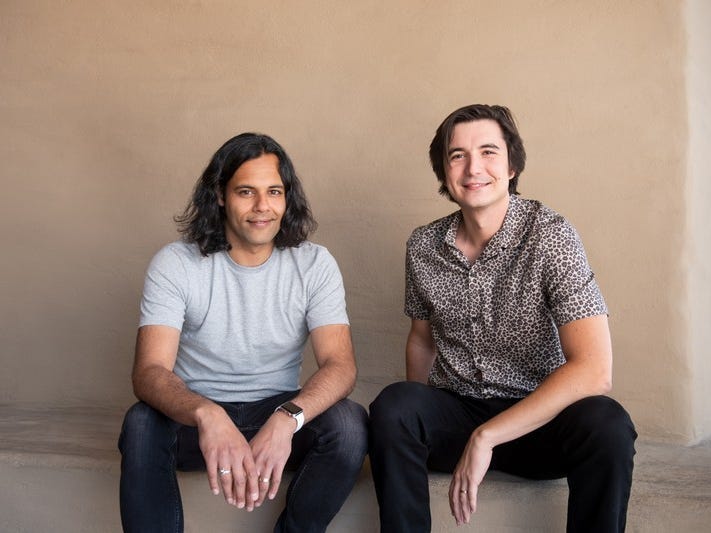 Robinhood co-founders Vlad Tenev and Baiju Bhatt stand to receive up to $1.4 billion worth of Robinhood stock if they hit certain stock performance targets once it goes public, according to its S-1 filing made with the SEC last month.

Both co-founders will receive 100% of their 13.8 million share award if Roinhood's stock price hits $101.50 by 2025, according to the filing. The popular online trading app is expected to go public later this year at a valuation of about $40 billion. Robinhood's board of directors said the company's fair value on a per share basis was $16.33 as of December 31, according to the filing.

The 13.8 million restrictive stock units were granted to both founders in 2013, but the award terms were revised in May to extend the deadline of the award to 2025. Under the original plan, Tenev and Bhatt would have only received the stock awards if at the time of IPO shares were priced at a minimum of $30.45, according to the filing.

Tenev and Bhatt also stand to receive millions of more Robinhood shares if their stock price eventually trades up to $300 per share by the end of this decade. The co-founders were granted an additional RSU equity award, 22 million shares for Tenev and 13 million shares of Bhatt, if the stock price hit a number of price hurdles, starting at $120 and moving up in increments of $30 until topping out at $300.

All in all, if successful, the equity awards for Tenev and Bhatt could be worth up to $10.8 billion and $8.1 billion, respectively, assuming both co-founders don't sell a single share of their accumulated equity awards after the last tranche is granted at the $300 per share level.

"The 2021 Market-Based RSUs are designed to incentivize the Co-Founders toward further growing our share price over and above the price hurdles applicable to the 2019 Market-Based RSUs," Robinhood said in the filing.

Tenev and Bhatt founded Robinhood in 2013. The company has seen its business explode as millions of Americans began investing in the stock market amid the COVID-19 pandemic and government stimulus checks. Epic rallies in dogecoin and meme-stocks like GameStop and AMC Entertainment have also boosted its business in recent months.