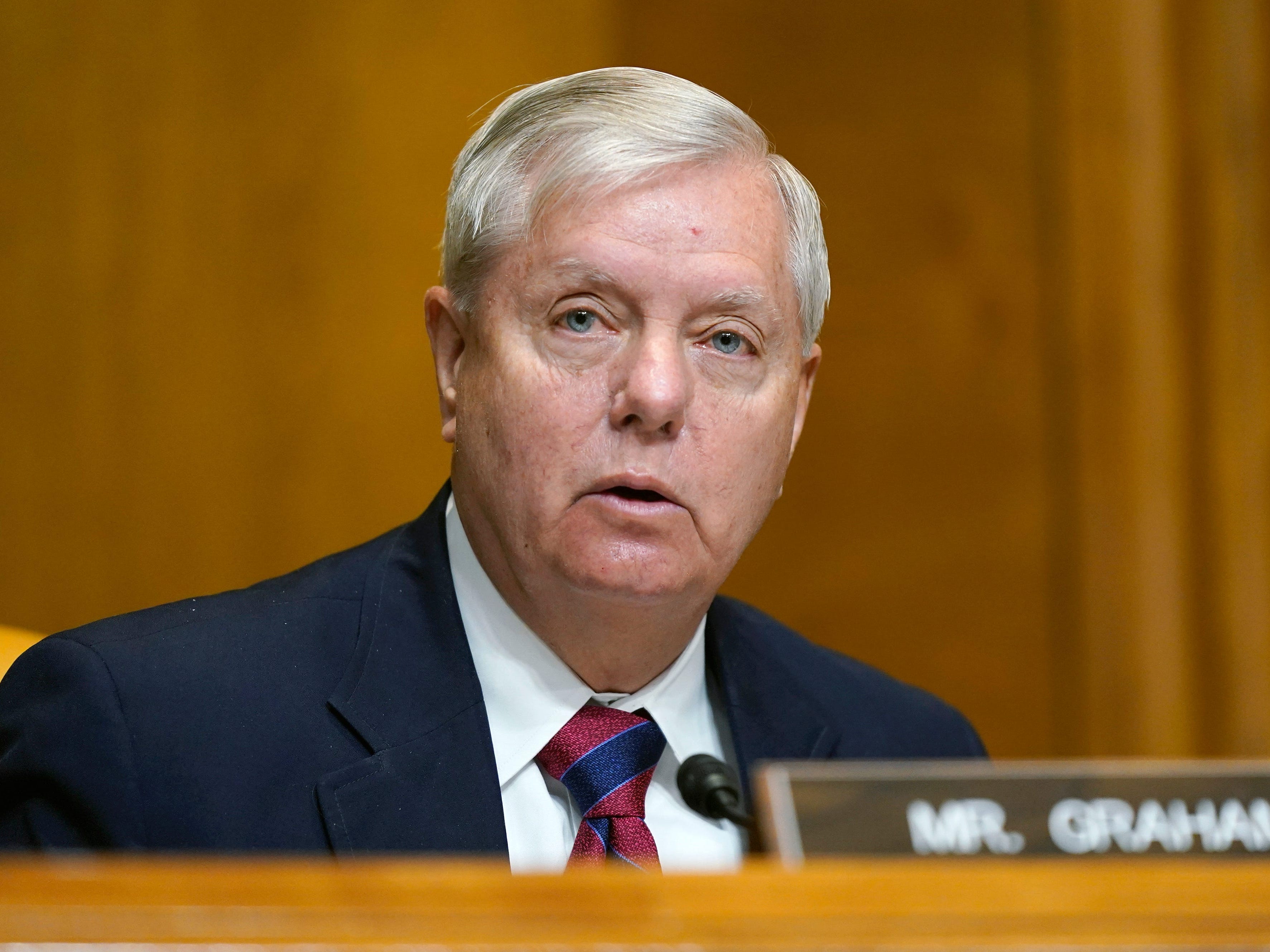 Sen. Lindsey Graham on Sunday suggested that Senate Republicans could grind the upper chamber to halt to by denying Democrats a quorum to pass a possible $3.5 trillion infrastructure package through the budget reconciliation process.

During an interview with Fox Business host Maria Bartiromo on "Sunday Morning Futures," the South Carolina Republican floated the idea of skipping town to block a Democratic bill, making a reference to Texas House Democrats, who left the state to deny Republicans a quorum on a restrictive voting bill that they fervently oppose.

A bipartisan group of senators last month struck a tentative deal with the White House for a roughly $1 trillion infrastructure package that focuses on roads and bridges.

However, Democrats are also seeking to pass a separate infrastructure package, which would feature other infrastructure priorities focused on childcare, clean energy, and education.

Last Wednesday, Senate Democrats reached an agreement on a $3.5 trillion reconciliation package, which, if passed and signed into law, would be a heralding achievement for Sen. Bernie Sanders of Vermont, the chairman of the Budget Committee.

"This is the most significant piece of legislation passed since the Great Depression, and I'm delighted to be part of having helped to put it together," he said at the time.

Passing a bill through the reconciliation process only requires a simple majority, and with Democrats holding 50 Senate seats, Vice President Kamala Harris would be the pivotal tiebreaking vote.

Graham scoffed at the Democratic party-line bill and vowed to block its passage.

"As for the $3.5 trillion reconciliation package, designed to pass without a single Republican vote, [Sen.] Joe Manchin [of West Virginia] says that has to be paid for," he said. "The only way you can do that is through a massive tax increase. The reconciliation package is not infrastructure. It's big government. All kinds of new social programs unrelated to infrastructure. We'll see if they can get Democratic support."

He added: "If for some reason, they pass the budget resolution to bring that [$3.5 trillion] bill to the floor of the United States Senate … You gotta have a quorum to pass a bill in the Senate. I would leave before I'd let that happen. So, to my Republican colleagues, we may learn something from our Democratic friends in Texas when it comes to avoiding a $3.5 trillion tax-and-spend package. Leave town."

Bartiromo, who has made waves for her interviews with former President Donald Trump, widened her eyes when Graham mentioned the possibility of leaving.

The senator then chided Harris, who met with the Texas legislators last week and praised their "extraordinary courage and commitment" for leaving the state to call attention to voting rights.

"Hey Vice President Harris, if you think these people are heroes, well I expect you to come and pat us on the back," he said. "Hell yeah, I would leave. I will use everything lawfully in my toolbox to prevent rampant inflation. If it takes me not showing up to stop that, I will do it because if we pass that bill, you're going to have inflation through the roof."

The Constitution mandates a a quorum of 51 senators to be present for the Senate to conduct official business. Since the chamber is split 50-50, all Republican senators would have to sign on to Graham's proposal for the plan to work.

So far, no other Republicans have taken such a stance.