Skip to content
Daemen, who is Blue Origin's first paying customer, said he feels a "responsibility" to get young people interested in space and science. ... 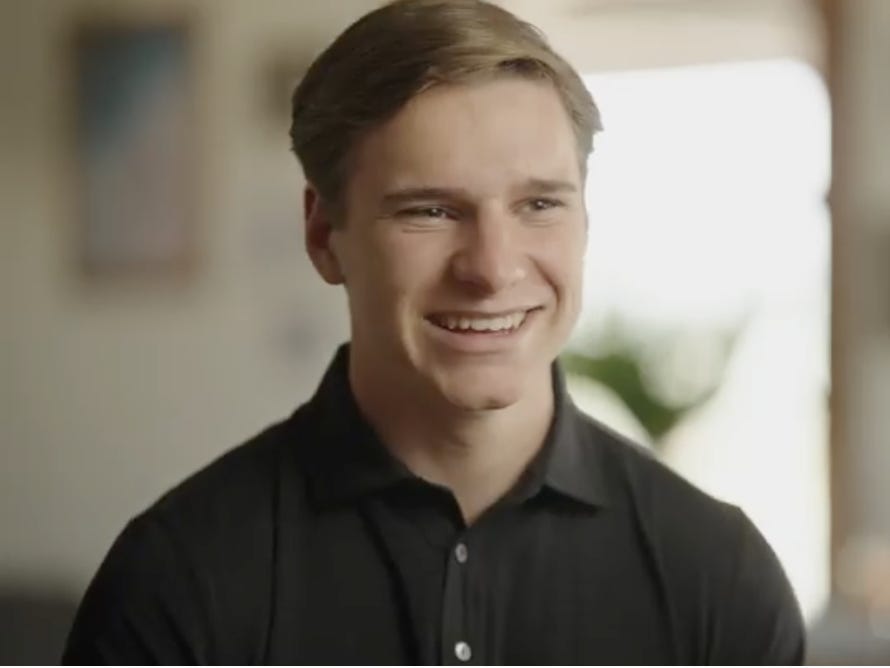 Amazon and Blue Origin founder Jeff Bezos on Sunday shared a short video to Instagram introducing his followers to 18-year-old Oliver Daemen, who will join him on his voyage to the edge of space on Blue Origin's New Shephard Tuesday.

Daemen was selected to join the space flight when the anonymous person who bid $28 million to take the flight pulled out due to "scheduling conflicts." Daemen is Blue Origin's first paying customer, having bid for the seat during the June auction.

"I think it's the ultimate dream for so many people to go to space," Daemen, who will become the youngest person to travel to space, said in the video.

He said his first memories of spaces were watching the TV show "Thunderbirds," an apparent reference to a British sci-fi show from the 1960s.

"It's so cool to go to with this group because Wally's one of the best pilots ever and has such an amazing life story," Daemen said in the video.

He also called Bezos "one of the best businessmen ever and a great visionary."

"I feel a responsibility because I'm the youngest in space," he said. "And to get more people interested in space, and not even just space – but science -will be such an opportunity for me to do.

"When I touch down and get out of the vehicle. I think I'll be just speechless," he added.

Bezos and his fellow soon-to-be astronauts have begun training for their suborbital flight on Blue Origin's New Shepard, Blue Origin officials said at a press conference Sunday. Officials said the New Shephard rocket showed "no issues" and is ready for the July 20 launch.